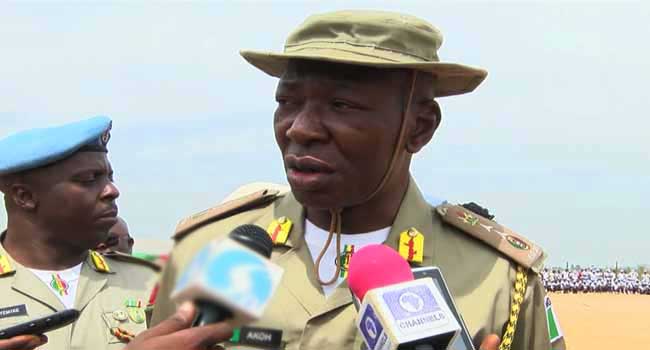 The National Commandant of Peace Corps of Nigeria (PCN), Dickson Akoh on Monday said that the Peace Corps Bill is still alive.

Akoh who said this on Monday in Abuja noted that Peace Corps Bill which was passed by both the Senate and House of Representatives for the organisation to transform to a statutory body is alive and not dead as being speculated.

He claims that what the house of representatives rejected at the second reading last week was its own decision to override President Muhammadu Buhari’s veto and not the already passed bill.

Akoh noted that the rejection of decision to override the president by the house was a temporary setback and not the end of the corps.

He also promised that the corps will follow the advice of the members of the House of Representative to continue to operate as an NGO while pursuing its objective of becoming a statutory body. 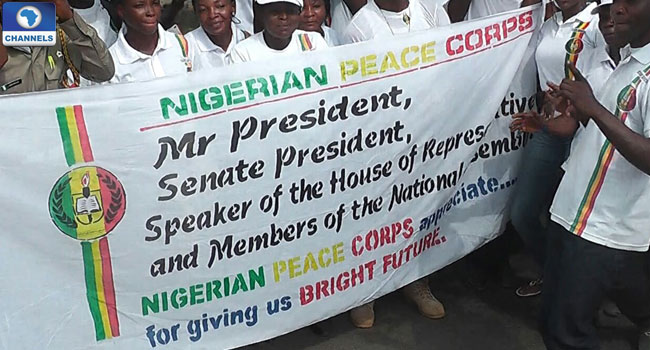 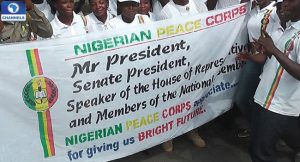 The Deputy Commander of Administration, Peace Corps of Nigeria (PCN), Benue State Command, Patriot Linda Onuh, has applauded the National Assembly for approving the establishment of the PCN as a paramilitary agency in Nigeria.

She said the speedy passage of the bill by the National Assembly had further demonstrated the Federal Government’s commitment to creating jobs and additional avenue for all Nigerians especially the youths to have a platform where they could contribute their quota to the development of Nigeria.

The Nigerian Senate had on Thursday passed the bill for an Act to establish the Peace Corps of Nigeria, as it was earlier passed by the House of Representatives in June this year.

Patriot Onuh told reporters in Makurdi that she was happy for the decision and grateful to those who stood behind the National Commandant of the Peace Corps of Nigeria, Ambassador Dickson Akoh, especially the National Assembly members from Benue State and other great Nigerians to ensure that the bill scaled through to the point of awaiting president Buhari’s assent.

“The quest to institutionalise the Peace Corps of Nigeria was as a result of collective struggle by all Nigerians which was evident in the numbers and caliber of people that had since joined the organisation,” she said.

Patriot Onuh further explained that those who had since joined the corps, rendering committed volunteering service even before the bill was passed into law, now have comparative advantage.

Patriot Onuh gave the assurance that the corps would continue to facilitate peace and security, as well as community services, nation-building and protection of lives and property of citizens.

While appealing to President Muhammadu Buhari to give speedy assent to the bill, Onuh called on men and officers of the corps to remain resolute, courageous.

She told them to continue to pray for President Buhari, stressing that their services would never be in vain.

In Osun State, members of the corps on Friday took to the streets of Osogbo, the capital city in what they described as victory parade.

Clad in their uniform and carrying placards and banners thanking the president and the National Assembly for the passage of the bill, the Peace Corps members marched through major streets and points in Osogbo including the Freedom Park, the popular Olaiya Junction to the State House of Assembly at Abeere.

The Osun State Commandant of the Peace Corp, Ayinde Kayode, commended the National Assembly for passing the bill for the establishment of the Peace Corps, as a government organisation, stating that it will go a long way in reducing unemployment and improving Security in Nigeria.

Ayinde said: “The passage of the bill is a saviour to every member of the corps across the country. The passage has met a lot of challenges with various assemblies in the past, hence the passage by this present crop of national assembly members shows that the efforts and services of members of the corps since its establishment over 14 years ago has not been unnoticed”.

He also called on President Buhari to sign the bill of into law, as it will go a long way in addressing the unemployment challenges of Nigerians.

“You can see us burst into joy today because this is an avenue of job opportunity for many youths in the country who have been jobless and hopeless in the country. This we know will add value to Nigeria and Nigerians in general,” Ayinde added.