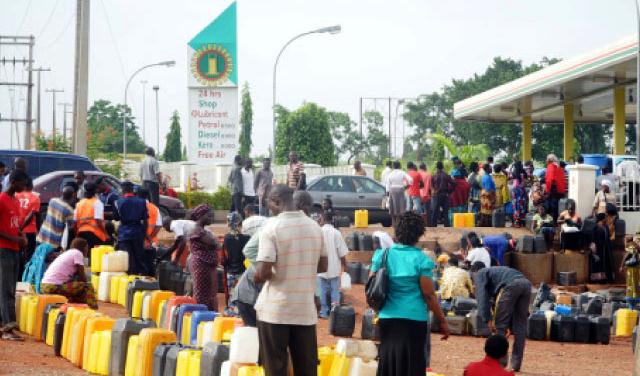 The Independent Petroleum Marketers Association of Nigeria, IPMAN, has flagged off a nationwide distribution initiative.

This initiative, according to the organization, is to ensure that kerosene sells at a controlled pump price of 50 Naira per litre and also improve the sales of the product across the country.

An initiative of the Ministry Of Petroleum Resources, PPMC and NNPC, the National President of IPMAN, Abdulkadir Aminu said that the exercise is to ameliorate the suffering of Nigerians who cannot afford the cooking gas.

He said the process would be monitored to ensure compliance of retail outlets and that consumers buy only for their use only. 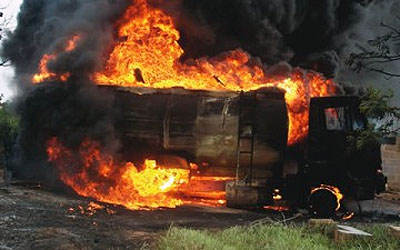 There seems to be some sort of confusion over the security agents responsible for the arrest and prosecution of crude oil vandals.

State commandant of the Nigerian Security and Civil Defence Corps, Mr. Christopher Oluchukwu, insists that the NSCDC is backed by law to prosecute vandals of any government facility.

The Commander of the Joint Military Task Force, Lt.-Col. Gabriel Olorunyomi and the State Commandant of NSCDC, Dr Christopher Oluchukwu, supervised the exercise.

Mr. Tommy Kaladede, the Maintenance Engineer at the Lokoja Pumping Station of PPMC, witnessed the exercise on behalf of his organisation.

Speaking to newsmen after the exercise, Oluchukwu said the trucks were impounded by soldiers on September 9 at a spot in Adogo village which had recently been besieged by vandals.

He also said six suspects arrested in connection with the incident had been handed over to his command, saying they would be charged to court.

Oluchukwu decried the high rate of vandalism in the state and called for synergy among security agencies to check the menace.

He urged residents to help security agencies with useful information about the activities of the vandals.

The commandant described the economic loss caused by vandals as huge, adding that their activities were also polluting the environment and making life unbearable for those in rural areas.

Kaladede, in his remarks, expressed support for the exercise, saying the same treatment should be meted out to any truck used to siphon oil illegally.

Oil marketers in Port-Harcourt have alleged that a cabal has hijacked the fuel supply at the depot belonging to the Petroleum Products Marketing Company PPMC in Okirika, Rivers state.”

This allegation was made by the hundreds of marketers that greeted Senate Committee on Petroleum Downstream which was on inspection tour of the PPMC depot and the Port Harcourt refinery.

The cabal allegation was buttressed by the fuel queues observed in the Port-Harcourt, the Rivers state capital which hosts one of the nation’s refineries.

The oil marketers assembled outside the premises of the depot, made their grievances known in the peaceful protest as one of them claimed that “I have ticket in the system I paid in since last year October and till date, that product has not been loaded.”

The committee members led by Senator Magnus  Abe, expressed disappointment with operations at the PPMC depot, and the workings of the pipeline supplying crude to the refinery.

Another visit to the Okirika jetty was full of shame for the lawmakers who learnt that for the past five years, oil products have not been offloaded through the pipelines because of vandalization.

The old jetty has not been maintained since it was built many years ago after it was razed by fire some time ago and it still bears tell-tale marks of the incident and of utter neglect.

At the Port Harcourt refinery, the committee bared their minds on their findings as the leader of the delegation and chairman of the committee, Senator Abe decried that the depot only loads 120 trucks of petrol per day. “It means that you (the Port Harcourt Refinery) are accepting that there should be no product and the end result is that, independent marketers will move out this region and go to wherever they can buy at any price and there they will sell at any price.”

The Managing director of the Port-Harcourt Refinery noted that some of the supposed marketers have no filling stations.

“Whether they have a facility to run or no, they just want to register because they feel once they register, it gives them an in road to lift the product and do whatever they want with it.”

They also directed the Department of Petroleum Resources (DPR) to prosecute marketers who hoard fuel and sell above the stipulated price.