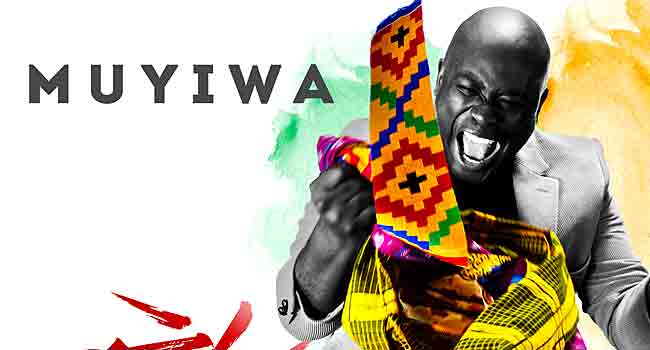 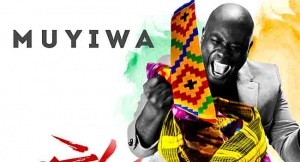 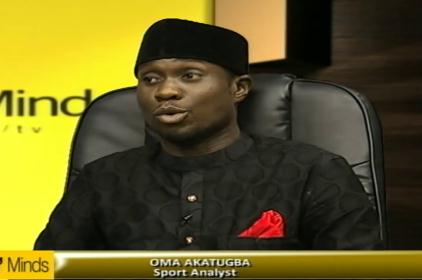 Two Nigerian Sport Analysts, Jannie Anthony and Oma Akatugba have referred to the Nigerian Super Eagles as a team that still needs major improvements despite their hard fought win against Bosnia Herzegovina in the ongoing World Cup.

Both were guests of Rubbin’ Minds on Channels Television on Sunday, less than 24hours after the team’s match against Bosnia and Herzegovina.

Oma Akatugba admitted that he had criticized the Eagles after their draw against Iran, which he thought was a shambolic performance but after seeing the Argentine game against the same Iranians, he had to apologise for being initially critical as it was obvious that the Iranians were never easy opponents.

He highlighted the mentality of the Iranian team as being one targeted at frustrating their opponents, as seen in the manner their fans celebrated after their game with Argentina, despite losing the game.

Nigeria came back from an opening draw to get a hard fought win against Bosnia and Herzegovina, with a lone goal scored by former Eagles’ outcast, Osaze Odemwingie. While Miss Anthony commended the team for doing well and lauding Keshi for “getting his tactics spot on”, Akatugba stated that although the result could be celebrated, Nigeria did not win because they played fantastic football.

He argued that he did not see any tactical direction from the Super Eagles Coach, as the difference in the team’s performance was down to the changes in personnel, especially with the inclusion of Odemwingie in the starting line-up.

He also admitted that the duo of Michael Babatunde and Juwon Oshaniwa whom he thought were Keshi’s “personal projects” also put in outstanding performances which seemed to have justified their inclusion in the squad.

On the non-inclusion of Victor Moses in the squad that faced Bosnia, Akatugba said that this had no effect on how the team played and the victory secured. He stated, “If Victor Moses had played we would still have won. We didn’t win because Moses didn’t play, we won because the referee disallowed Bosnia’s one goal. That goal was clean, with due respect to my fellow Nigerians.”

Anthony was less critical of the team but agreed with Akatugba that Stephen Keshi was indeed more of a man manager than a technical manager, with the pretty enthusiast emphasizing the need to accept this as a value that has worked positively for the team and has also been the reason they succeeded on the African continent.

Akatugba also identified the coach’s approach in training, commending him especially for coming to the level of the players as it was reported that he communicates with the players in Pidgin English. He also lauded him for being able to build the team into a stronger unit; a virtue which he said had indeed been one of the major secrets behind the team’s recent successes.

In analysing the match against Bosnia and Herzegovina, the analysts had tough words for midfielder, Mikel Obi, whom they both agreed had become lackadaisical in his approach to national team games. They wondered why other players who were not accepted by Nigerians would play out their hearts and Mikel who supposedly had been the biggest star takes his stardom as an excuse to be complacent

Akatugba said, “The biggest problem of the Nigerian midfield is the biggest player in the team”, adding that it was time for Keshi to do bring on his man management skills to make Obi understand the reason for him to play for the team, with more passion rather than with arrogance.

He noted that just as Nigerians want the Eagles to improve against Argentina in their final group game, so would the Argentine be determined to improve on their performances which have been seen as below par by many football followers.

He warned the Super Eagles not to be too adventurous and advised them to go against the Argentinians with a cautious defensive approach, knowing that a draw would be enough for the team to qualify. He said that an adventurous attacking approach might backfire into a massive loss and in that situation; a win for Iran against Bosnia would eliminate Nigeria.

He noted that if the Iranians could hold the Argentinians, Nigeria could do same. “Any team Messi plays for, if you frustrate them they find it difficult to score.”

They both, however, had generous commendation for the team’s captain, Joseph Yobo, whom they said put in a stellar performance. Akatugba said that Keshi must thank the NFF and the media who clamoured for the recall of Yobo into the team. “You cannot buy experience”, he said, adding that Yobo’s 98 caps for the country should never have been waved aside as his performance against Bosnia was a show of how much maturity could add to the Eagles’ defence.