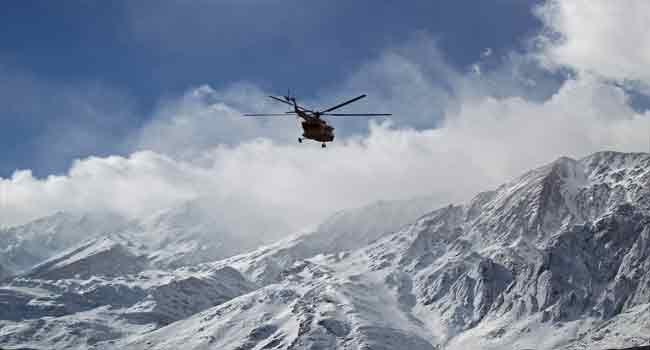 Iranian search teams found the wreckage on Tuesday of a plane that went missing in the Zagros mountains two days earlier with 66 people on board, a spokesman said.

Aseman Airlines flight EP3704 disappeared in the Zagros range on Sunday morning, around 45 minutes after taking off from Tehran.

An IRIB reporter who spoke to one of the pilots said he had seen “scattered bodies around the plane” and that it was located in Noghol village, around 4,000 metres (13,000 feet) up Dena mountain.

“Since yesterday the Guards’ drones started carefully identifying the geographical area where the plane had probably crashed and this morning two helicopters of the air forces were dispatched to the location,” Sharif said.

Snowmobiles were deployed earlier on the 4,409-metre (14,465-foot) peak, where more than 100 mountaineers have also been aiding the search.

“Last night, a number of people stayed on the mountain and through coordination with local guides managed to search all crevices,” Mansour Shishefuroosh, head of a regional crisis centre, told the ISNA news agency.

Some 500 images taken by drones were being analysed overnight, he added.

The ATR-72 twin-engine plane, in service since 1993, flew early Sunday from Mehrabad airport towards the city of Yasuj, some 500 kilometres (300 miles) to the south.

Poor visibility meant some 60 helicopter sorties on Monday could find no trace of the plane.

A team of crash investigators from French air safety agency BEA were also due to arrive in Iran on Monday, but their arrival had not yet been confirmed.

The incident has reawakened concerns over aviation safety in Iran, which has been exacerbated by international sanctions over the years.

Aseman Airlines was blacklisted by the European Commission in December 2016.

It was one of only three airlines barred over safety concerns — the other 190 being blacklisted due to broader concerns over oversight in their respective countries.

Iran has complained that sanctions imposed by the United States have jeopardised the safety of its airlines and made it difficult to maintain and modernise ageing fleets.

Aseman was forced to ground many of its planes at the height of the sanctions due to difficulties in obtaining spares.

In a working paper presented to the United Nations’ International Civil Aviation Organization (ICAO) in 2013, Iran said US sanctions were blocking “the acquisition of parts, services and support essential to aviation safety”.

Iran has suffered multiple aviation disasters, most recently in 2014 when 39 people were killed as a Sepahan Airlines plane crashed just after take-off from Tehran, narrowly avoiding many more deaths when it plummeted near a busy market.

But figures from the Flight Safety Foundation, a US-based NGO, suggest Iran is nonetheless above-average in implementing ICAO safety standards.

Lifting sanctions on aviation purchases was a key clause in the nuclear deal that Iran signed with world powers in 2015.

The sale could still be scuppered if US President Donald Trump chooses to reimpose sanctions in the coming months, as he has threatened to do. 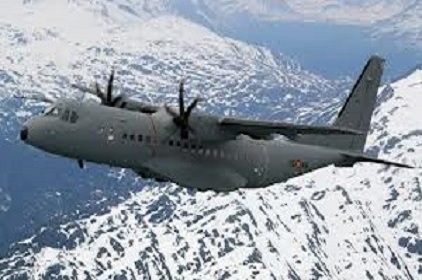 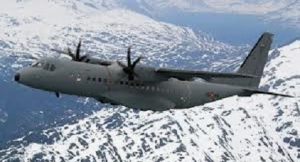 Poor weather was the most likely cause of the crash of an Air Algerie flight over the West African state of Mali with 116 people on board, French officials said on Friday.

Investigators at the scene of the crash had concluded the airliner broke apart when it hit the ground, the officials said, suggesting the plane was unlikely to have been the victim of an attack.

“The aircraft was destroyed at the moment it crashed,” Interior Minister Bernard Cazeneuve told RTL radio of the wreckage of the plane carrying 51 French nationals which crashed in Mali near the border with Burkina Faso on Thursday.

“We think the aircraft crashed for reasons linked to the weather conditions. No theory can be excluded at this point … but that is indeed the most likely theory,” he added.

Separately, Transport Minister, Frederic Cuvillier, said the strong smell of aircraft fuel at the crash site and the fact that the debris was scattered over a relatively small area also suggested the cause of the crash was linked to weather, a technical problem or a combination of such factors.

“We exclude – and have done so from the start – any ground strike,” Cuvillier told France 2 television.

He added that a column of 100 soldiers from the French force stationed in the region were on their way to secure the crash site near the northern town of Gossi. France deployed troops to Mail last year to halt an al Qaeda-backed insurgency.

Algeria’s national airline lost contact with the plane flying from Burkina Faso to Algiers across the Sahara about  50 minutes after take-off from Ouagadougou.

The Flight AH 5017 has 110 passengers and 6 crew on board, Spanish airline, Swiftair, who owns the plane, said.

An unnamed Air Algerie company source, told AFP news agency on Thursday that “the plane was not far from the Algerian frontier when the crew was asked to make a detour because of poor visibility and to prevent the risk of collision with another aircraft on the Algiers-Bamako route. Contact was lost after the change of course”.