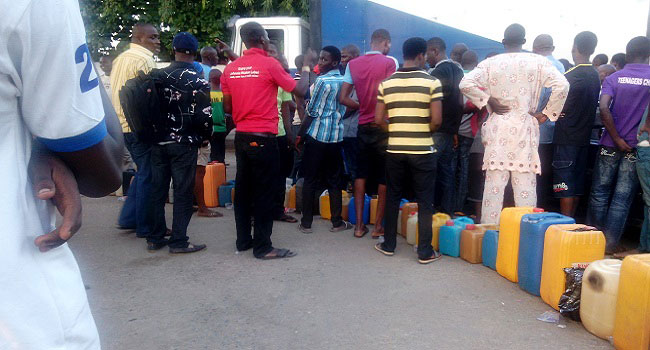 The Nigeria Security and Civil Defence Corps (NSCDC) has asked black marketers of petroleum products to vacate the premises of filling stations in Jos.

The directive came as the residents of Jos, the Plateau State capital in north-central Nigeria battle with the scarcity of petrol because most filling stations have not been dispensing the product.

The Plateau State Command of the NSCDC gave the black marketers an ultimatum of one week to move away from the vicinity of existing fuel stations within the metropolis.

The NSCDC Commandant in the state, Felix Gbolade, said that his men have been complimenting the efforts of the Department of Petroleum Resources (DPR) by providing security for the monitoring exercise.

He assured the residents that petrol racketeering would soon be eradicated in Plateau State.

The DPR Operations Controller in Jos, Ceaser Douglas, said that a routine check by the Department of Petroleum Resources (DPR) monitoring team witnessed some filling stations dispensing the product at unapproved prices while others were found hoarding the product.