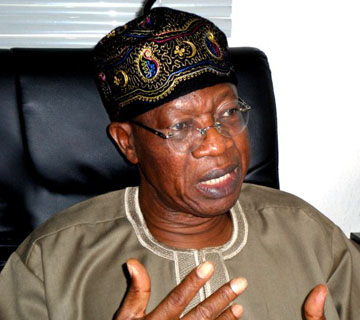 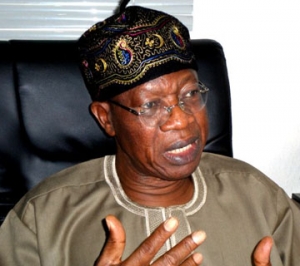 The Spokesman of the All Progressives Congress (APC), Lai Mohammed, was arrested by security agents in Osogbo, on the eve of the Osun governorship election.

In a statement issued in Osogbo on Friday night, his Personal Assistant, Mr Williams Adeleye, said that Mr Mohammed was arrested along with Mr Sunday Dare, who is the Media Aide to APC National Leader, Bola Tinubu, and the Deputy Chief of Staff to Ogun State Governor, Mr Salisu.

They were arrested Gestapo style by a team of soldiers and DSS agents while they were heading to the Government House less than 24 hours before the Osun election, and taken to an unknown destination in an unmarked truck.

However, in a telephone chat with Channels Television correspondent, who is in Osogbo to monitor the Osun election, Mr Mohammed confirmed that he had been released early on Saturday morning.

He said that he was taken to the office of the State Security Service alongside other arrested persons, including his driver, who was beaten up by the masked security agents before being released.

The arrest was the latest in a series of clampdown targeting opposition leaders and members ahead of Saturday’s Osun election. 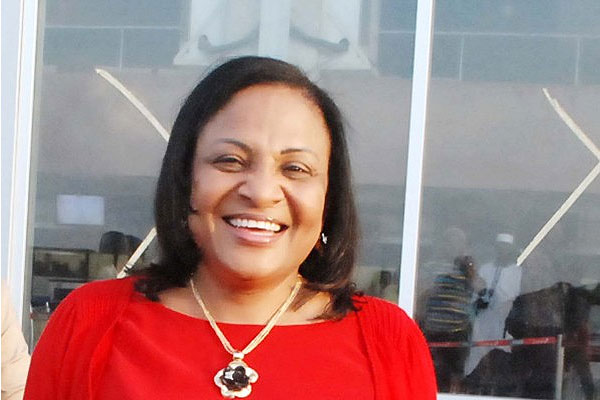 The wife of the Oyo State governor, Florence Ajimobi, on Wednesday dismissed media reports that she had been arrested by London Metropolitan Police for alleged money laundering.

Mrs Ajimobi, who arrived at the Murtala Muhammed International Airport, Ikeja, Lagos at 6:50am aboard a Virgin Atlantic Airways aircraft, said the PM News report that she was arrested in London last Saturday for money laundering was the handiwork of mischief makers, who she said were playing “dirty politics”.

She said the originators of the report were out to tarnish her image.

The Oyo state first lady explained that she had on Sunday accompanied her daughter, who was returning to school in London.

She said: “I have never had any encounter with the London Metropolitan Police and I will never do. It was just a rumour, like you said. I think the time has come for Nigerians to stop playing dirty politics.

“We should be very objective when giving information, particularly members of the press. We should always verify the information we are given. The ultimate measure of any man or woman is where you stand in times of conflict, challenges and controversy and not in times of comfort. I stand on the solid rock of Jesus Christ and all other grounds are sinking sand.

“This is a phase and it will pass over, because I am more than a conqueror. It is the price I have to pay as the wife of a politician, particularly in Oyo State, where there is a record of dirty politics. I do not have any blemish in my wardrobe and I am never going to have any.”
Mrs Ajimobi said contrary to another rumour that she was arrested two weeks ago, she travelled with her husband to Taipei, Asia, through Dubai, for an official assignment.

She said: “I went on an official visit to Taiwan with my husband and we did not go to London. From Lagos, we went to Dubai, then Hong Kong and Taipei. From Taipei, we returned to Hong Kong, Dubai and back to Lagos. The record is there in my international passport. I can give you my passport to photocopy.

“It was also alleged that I had travelled out of Nigeria 52 times since my husband assumed office. That sounds very ridiculous to me. It means I do not even live in Nigeria. Like I said, we can make photocopies of my passport for verification.”

On her mission to London on Sunday, Mrs. Ajimobi said: “I have a 14-year-old child that has been in England since 2007. She is still in secondary school and comes home. The school insists that parents pick up their children because they are minors and there are no exemptions for international pupils.

“I cannot shelve my responsibilities as a mother because my husband is a governor. I have to manage my home, take care of my children and be a responsible and committed mother. That I will do, no matter what anybody says. My children need me. My daughter in London needs me and I will be there for her. I am not using government funds because she has been there since 2007.”

The first lady said those spreading rumours about her arrest should fear God.

She said: “The fear of God is the beginning of wisdom. If they have the fear of God, they will stop being mischievous. They should think before they act because on judgment day, we will all account for our actions. 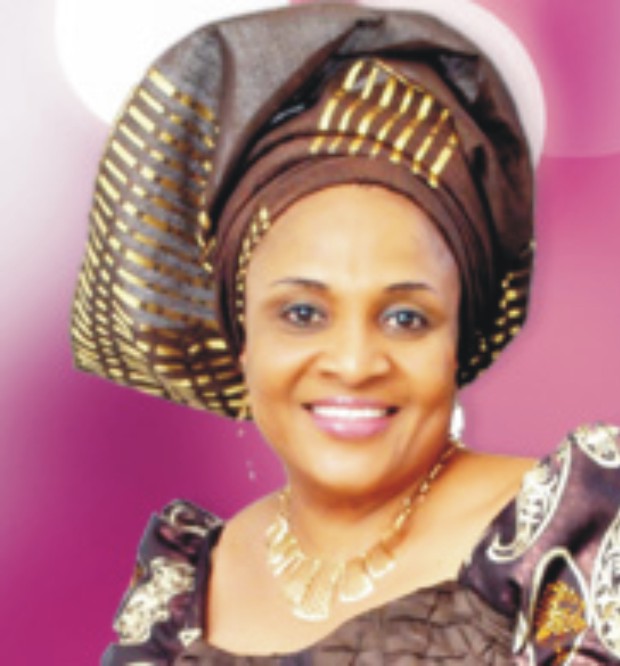 The Oyo state government on Wednesday denied the alleged arrest of Florence Ajimobi, the wife of the state governor over money laundering charges in the United Kingdom.

“That’s not true, there is no iota of truth in that” the Oyo State Commissioner for Information, Bosun Oladele told Channels Television in a telephone interview.

The commissioner, who confirmed that Mrs Ajimobi travelled to London on Sunday with her 14-year-old daughter, said the Oyo State first lady has returned from the trip.

“We have a correspondence from the Metropolitan Police claiming that nothing like that is on the record,” Mr Oladele said.

The correspondence, according to the commissioner was received from an official in the Directorate of Media and Communication of the London Metropolitan Police.

In that letter, the official “confirmed that nothing of such is on record and that the wife of the governor was never arrested,” he said.

The commissioner described the allegation as a “wicked lie” claiming that the government has excelled in many areas of  development and that some enemies are trying to use the “Pull him down syndrome” to rubbish their achievements.

He also denied another allegation that Mrs Ajimobi has travelled 52 times over the period of 12 months.

“That is not true, the truth is that the first lady travels even prior to 2007 more than she does now,” he said.

“Now that she and her husband are in office she has to do that less. So it is untrue, if you look at 52 times and you put that on weekly basis, it means she has travels every week since her husband became governor,” Mr Oladele said.

The commissioner said the Oyo State government has already filed a suit against the publishers of PM News and Newsleak (an online news agency) for making libellous reports on Mrs Ajimobi, seeking N1 billion in damages.

The PM News and Newsleak had reported that the Oyo State first lady was arrested by the London Metropolitan Police with the sum of 400,000 pounds sterling on arrival at the United Kingdom.