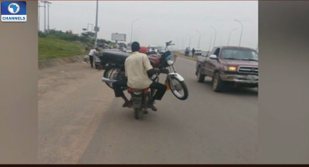 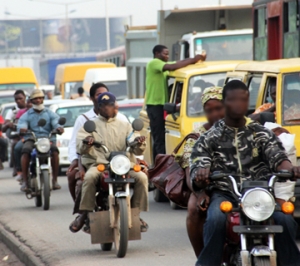 The Ogun State Police Command has announced a restriction order from 8PM to 5AM for commercial motorcycle operators popularly called okada.

This is in view of the approaching yuletide and a likely upsurge in criminal activities during the festive period.

According to a statement issued by the Ogun State Police Public Relations Officer, Mr Abimbola Oyeyemi, no okada operator is permitted to convey more than one passenger during operation all over the state.

The Command warned that “anyone who violates this order will be arrested, his motorcycle impounded and subsequently charged to court accordingly’.’

The Commissioner of Police, CP Ahmed Iliyasu, has also appealed to the general public for understanding and co-operation and also assured residents of the state of adequate security of life and properties before, during and after the yuletide.