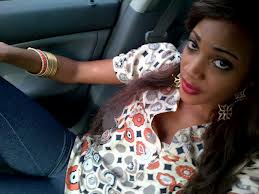 The suspects, Okwumo Nwabufo,  Ezeike Olisaeloka, Orji Osita and Maduakor Chukwunonso,  are standing trial on an eight-count of felony, conspiracy, robbery and murder.

Their charge sheet states that the suspects killed the deceased by administering her with Rohypnol Flunitrapezam, binding, torturing, and strangling her.

It also adds that the suspects, along with some others at large, raped and robbed the deceased of valuables that included an international passport, a mobile phone, shoes, bags, wristwatches and jewellery.

The first and second defendants, Okwumo and Ezike, had earlier been paraded by the state police command, where they admitted to luring Cynthia to Lagos via facebook.

They also admitted to drugging, binding, assaulting and killing her.

At the sitting, Magistrate P. Adekomaiya asked the Police Prosecutor, Chukwu Agwu, to forward the case file to the Director of Public Prosecutors (DPP).

Mr Adekomaiya adjourned the case to October 3, 2012 for mention, pending the advice of the DPP.

Meanwhile the management of University of Lagos has disowned media reports identifying one of the suspects in the murder of Cynthia Osokogu, as a 300 level Accounting Student of its distance learning institute.

In a statement on Monday, the university authorities stated that since the news of the alleged involvement of Okwoma Nwabufor in Cynthia’s murder broke; it has conducted an evaluation of students’ records and found the suspect’s claim of being a student of UNILAG untrue.

The management of the institution is therefore asking all media organizations to note this fact and disregard the claim of the suspect, Mr. Nwabufor associating him with the University of Lagos in any way.