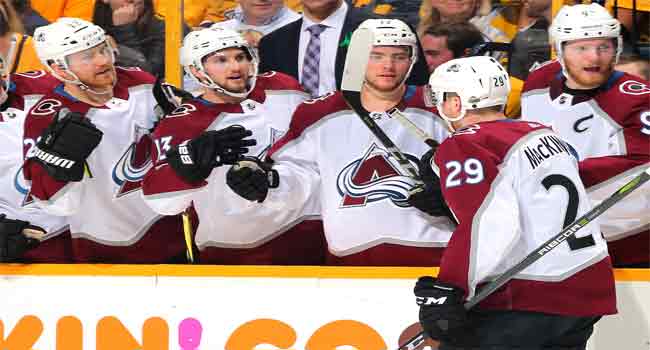 Nathan MacKinnon scored twice as Colorado hit back to beat Nashville 5-3 in game three of their Stanley Cup playoff series on Monday.

The Avalanche were desperate for a victory after the Predators won the first two games of the series to raise the prospect of a sweep.

Colorado had endured a 12-game losing streak to last year’s Stanley Cup finalists stretching back to 2016.

But the Avalanche were set on their way to a deserved win after a deadly display of finishing in the first period.

Blake Comeau, Gabriel Bourque and MacKinnon all scored to put Colorado 3-0 ahead.

MacKinnon grabbed his second at the start of the second period to leave Colorado in complete control at 4-0.

Ryan Johansen pulled one back for Nashville to make it 4-1, and there was fleeting hope of a comeback when Colton Sissons scored the Predators second.

Gabriel Landeskog slammed the door on Nashville though with Colorado’s fifth of the night, helping to seal a win which gives the Avalanche hope of levelling the series in game four in Denver on Wednesday.

In other games on Monday, San Jose moved to the brink of a series sweep over the Anaheim Ducks, winning 8-1 to take a 3-0 lead.

In the Eastern Conference, two goals from Patrick Marleau helped the Toronto Maple Leafs score a 4-2 win over the Boston Bruins. The Bruins lead the series 2-1 heading into game four.

The New Jersey Devils also pulled a game back in their series with the Tampa Bay Lightning, winning 5-2 in Newark. Tampa Bay lead the series 2-1. 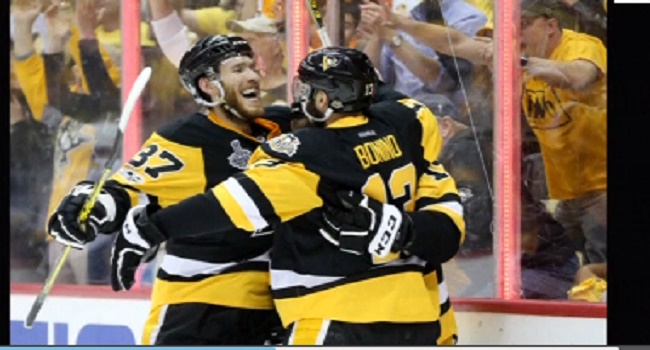 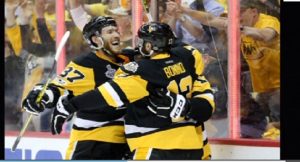 Nick Bonino scored twice, including a game-sealing empty net goal, to help lift the Pittsburgh Penguins to a 5-3 win over the Nashville Predators Monday night in the opening game of the NHL Stanley Cup Final.

The Penguins took a 3-0 first period lead on goals from Evgeni Malkin, Conor Sheary, and Bonino before Nashville fought back to even it 3-3 on scores from Ryan Ellis, Colton Sissons, and Fredrick Gaudreau.

Jake Guentzel beat Predators goalie Pekka Rinne with a shot high on the glove side with 3:17 remaining to put Pittsburgh back on top 4-3 before Bonino’s empty-netter sealed the win.

The best-of-seven series will resume with Game Two Wednesday night in Pittsburgh.