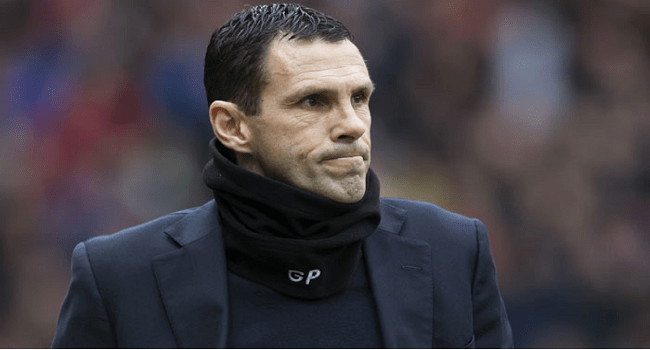 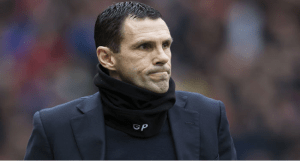 Sunderland have parted ways with manager Gus Poyet after a poor run of just one win in 12 Premier League games.

The Black Cats are one point above the relegation zone after Saturday’s 4-0 home defeat by Aston Villa.

A statement from Sunderland says that an announcement about Poyet’s successor would be made “in due course”.

The Uruguayan took over from Paolo Di Canio as manager at the Stadium of Light in October 2013.

The former Brighton manager guided the Black Cats to four victories and a draw from their final six league games to keep them up last season – a run that included wins at Chelsea and Manchester United and a draw at Manchester City.

This season, Sunderland have managed just four wins from their 29 league matches so far and got knocked out of the FA Cup by League One Bradford in February.

See the club’s statement on the sack of Gus Poyet below:

“The club would like to place on record its’ thanks to Gus and wishes him well for the future.
Chairman Ellis Short said: “I would like to thank Gus for his endeavours during his time at the club, in particular last season’s ‘great escape’ and cup final appearance, which will live long in the memory of every Sunderland fan.

“Sadly, we have not made the progress that any of us had hoped for this season and we find ourselves battling, once again, at the wrong end of the table. We have therefore made the difficult decision that a change is needed.”

“An announcement will be made in due course regarding the head coach position.”