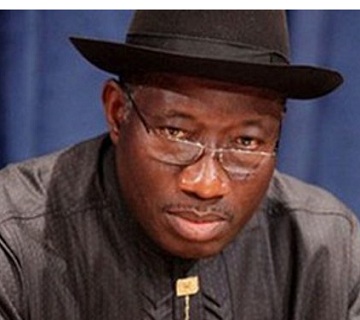 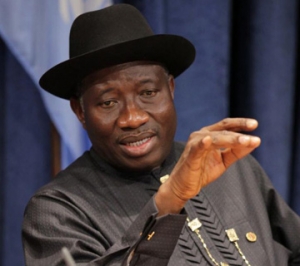 President Goodluck Jonathan said Wednesday in New York that the world must act immediately to stop the troubling new phenomenon of terrorists and foreign fighters attacking and trying to hold parts of sovereign nations.

Addressing the United Nations Security Council High-Level Meeting on the Threat of Terrorism to Global Peace and Security, President Jonathan said that the international community must also do more to support countries like Nigeria which are in the front line of the war against terrorism.

“There is no doubt that foreign fighters have added a troubling dimension to this emerging phase of terrorism. From targeted attacks by al Qaeda a few years ago, we now have mobile bands of thousands of terrorists sweeping across vast areas, destroying lives, and even attempting to hold territory. This is unacceptable; we must act now.

“We must capitalize on the commitment and evident determination of the Security Council to seek more innovative responses to the threat of terrorism and in particular to the growing menace of foreign fighters.

“The Council should be concerned about the existence of sources of arming and funding terrorists. Evidence has shown that Boko Haram, for instance, is resourced largely from outside our country.

“We must also commit to ensuring that countries which are in the front line of this challenge, receive adequate support from the international community.
“Only by united action and firm resolve can we check this raging threat to humanity, and also build the enduring structures that will resist their re-emergence,” President Jonathan said.

The President told the Security Council that his Administration continues to confront the menace of terrorism with unrelenting determination and that the Federal Government has also evolved initiatives to alleviate the plight of people in affected communities.

“Nigeria knows too well the destructive effects of terrorist activities. Over the past five years, we have been, and are still confronting threats posed by Boko Haram to peace and stability predominantly in the North Eastern part of our country.

“The costs are high: over 13,000 people have been killed, whole communities razed, and hundreds of persons kidnapped, the most prominent being our innocent daughters from Chibok Secondary School, in North East Nigeria.

“As daunting as the challenge may be, we have faced it with unrelenting determination, mobilising all the resources at our disposal to ensure that the scourge of terrorism is rooted out of our nation. In addition to our counterterrorism efforts, we have evolved initiatives to alleviate the plight of the population in the affected communities.

“These include a holistic effort through the Presidential Initiative for the North East (PINE) which is aimed at providing immediate relief and fast tracking the infrastructural re-development of the region. It also has as a core goal, an integrated effort at achieving the de-radicalisation of potential terrorist recruits.

“We have also launched a Victims Support Fund which has already raised about 500 million dollars of the expected minimum of one billion dollars in direct support of the victims of acts of terrorism. This is in addition to the Safe Schools Initiative championed by Mr. Gordon Brown, former British Prime Minister and currently the UN Special Envoy for Global Education which is being rigorously supported by Nigeria’s Federal Government,” he said.