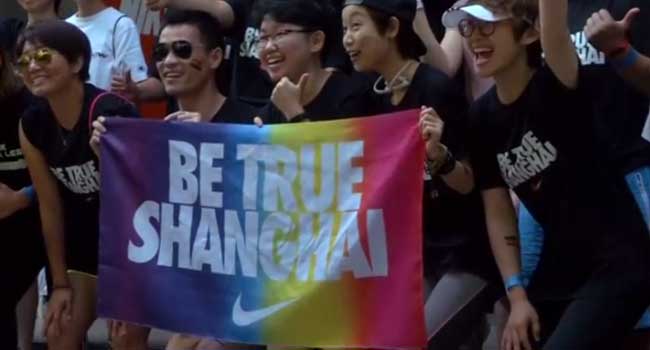 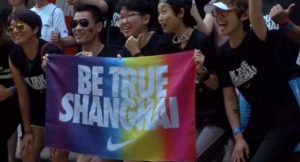 Raymond Peng, one of the event’s organisers, said he hoped the event would provide a chance for participants to interact with Shanghai residents and let them know “we’re friends living under the same sun”.

The Pride Run is part of Shanghai’s ninth gay pride celebration, which features four days of events but without a pride parade, coinciding with similar events in other cities around the world.

Organisers say about 6,000 people are expected to attend the four-day event themed “The Time is Now” that runs from June 15 to 18.