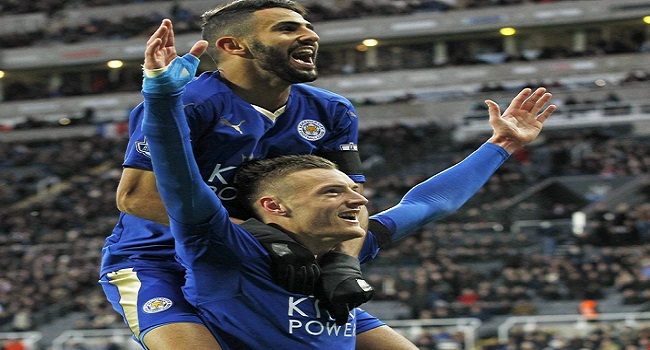 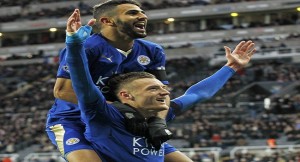 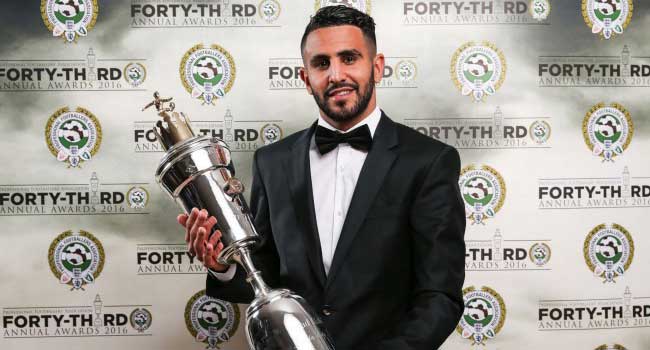 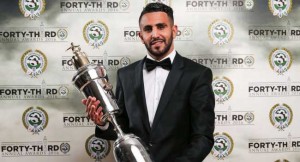 The Algerian has scored 17 goals with 11 assists in the Premier League this season and has been a key force behind the Foxes’ unheralded title challenge.

Mahrez was voted by fellow professionals ahead of fellow nominees and team-mates Jamie Vardy and N’Golo Kante, along with Harry Kane, Mesut Ozil and Dimitri Payet.

Mahrez becomes the first African player to bag the prize. He said, “Its a pleasure to achieve this award.

“I want to thank my team mates because without them I wouldn’t achieve this.

“We are like brothers, it’s everywhere on the pitch. That’s our strength.

“If sometimes we are not good, we know we are going to run and make effort for our team-mates. That is the secret of our success.

Tottenham midfielder, Dele Alli picked up the PFA Young Player of Year award in his debut season in the Premier League.

Alli has scored 10 goals in 32 top-flight games to help Spurs challenge Leicester for the title. He has also made six senior appearances for England, scoring in a 2-0 friendly win over France in November 2015.

With a crucial game on Monday night, Alli could not attend the event to receive his award but former Spurs player and manager Ossie Ardiles collected the prize on his behalf. 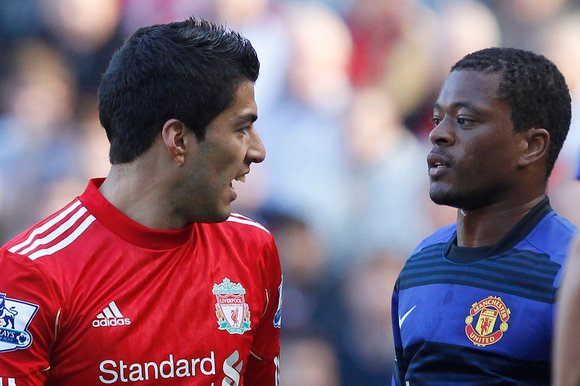