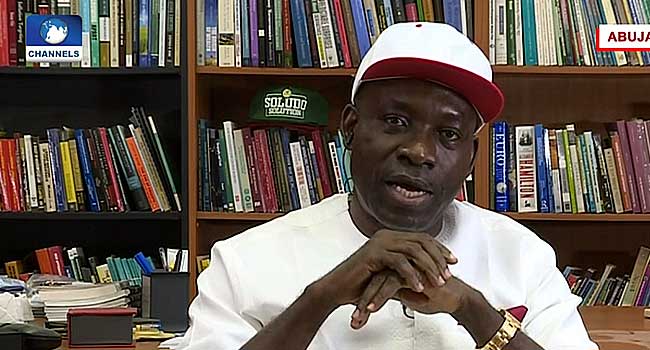 The candidate of the All Progressives Grand Alliance (APGA), Professor Chukwuemeka Soludo, has reacted to the exclusion of his name from the Independent National Electoral Commission (INEC) list, saying it came as a surprise to him.

INEC had on July 16 excluded Soludo from the list it published recently for the November 6 governorship election in Anambra State, citing court cases as the reason for doing so.

However, An Anambra High Court in Awka on Monday ordered INEC to restore Soludo as the APGA candidate in the poll that is barely four months from now.

Speaking hours after the court verdict, the APGA candidate said he was consoled by the outpouring of support from the over 20 million Anambra indigenes both within and outside of the country.

He also explained that he is hopeful of getting justice both at the Court of Appeal and possibly at the Supreme Court if the case lingers to the apex court.

“When it came last week, I was a little bit surprised, not terribly so. I have been through this road before. When I ran in 2010, we had about 13 court cases in three months and thanks goodness, the Nigerian judiciary stood firm and came through in the end,” he said during an interview on Channels Television’s Politics Today.

“Surprising that INEC could take that seemingly surprising decision but not surprising because we see this all the time around the country. What happens today is a very important step in the whole process.

“Of course, those other court judgements have been appealed appropriately. One is confident that the Court of Appeal and probably, if it ends in the Supreme Court will do the sound justice.”