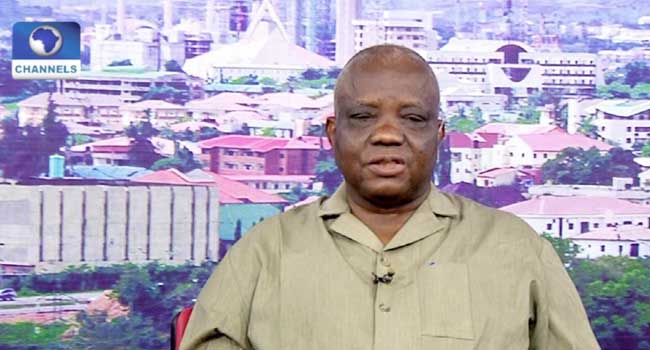 Professor Etannibi Alemikha has disagreed with the governors of the North-East over the deployment of more heavy artillery to the region.

The criminologist explained that for the war against insurgency to be won in the region, security operatives need to have information beforehand on the activities of the Boko Haram terrorists.

“From the military or security point of view, what is required is actually not weapons. It is intelligence. At that point, they need to know when insurgents are planning to attack, where they are supposed to be attacking and what is the capacity or force that will be deployed there,” he said.

According to him, the war against terrorism and issues bordering on security globally are technologically driven.

While insisting that the troubled northeast region lacks the intelligence-approach in prosecuting terrorism war, the criminologist said the military personnel has been provided with the required weapons.

He explained that even if more weapons are provided for them, the intelligence-capacity is far more important.

“It is not so much the weapons that are required that is more important than the intelligence. I would have expected that they will ask indeed that there is the need for the deployment or greater capacity of intelligence-gathering through the various media.

“You could have the highest weapons; you will still be taken unawares. I think what is largely missing in the northeast situation has been intelligence.

“Why are they always caught unawares? I think that should be the response rather than the weapons they carry,” he said.

The governor who made this call during a meeting at the Borno Government House in Maiduguri on Saturday, advocated the use of heavy artillery for the Nigerian police to bridge the manpower deficit in the Armed Forces.