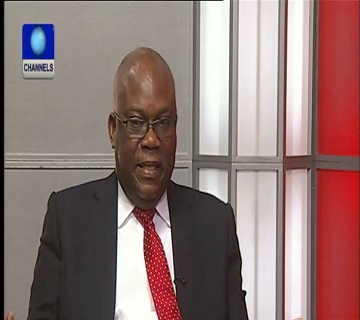 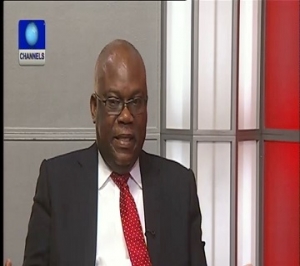 The Director General of the Standards Organisation of Nigeria (SON), Mr Joseph Odumodu on Thursday warned that “more buildings will collapse in Nigeria if the real issues are not addressed immediately.

“Every time there is a collapse, we must carry out an investigation and come out with a verdict”, he said, adding that “anytime you go to where a building collapses, you wont find an engineer or architect; everybody disappears.

“And we all forget about it, until the next one happens” and “we just cant continue with this” he said on Sunrise Daily.

He further noted that “for us to find a lasting solution to building collapses, we have to work together” revealing “that SON has a recipe.

“We must ensure that architects are involved in designs and structural engineers are involved in structures; but that is not where it ends. The state governments must do the approvals” he said.

He commended the efforts of the Lagos State government where builders “apply for approval for any milestone when you are building adding that “the major reason for building collapses, is that the concrete mixture has failed”.

Mr Odumodu also revealed that after visiting building centres in Abuja, Lagos and other states he “only found engineers in less than 10 per cent of those sites. So at the end of the day those who are mixing the cement are ordinary artisans and most of them are not certified.

“So we also must ensure that artisans are certified”, he opined.

He also noted that from statistics obtained from a national survey conducted by SON, “less than five per cent of blocks in Nigeria meet the NIS Standard 587 of 2007” which states that “you mix one portion of cement to six portions of sand to produce 22 nine inches of blocks from a bag.

“But I have been to block industries and they produce 45 blocks” from a bag.

Mr Odumodu also urged cement producers to start printing important information on their products to so as to avoid building collapse.

He warned that “if you store cement on the floor, it will take moisture” because it is hygroscopic, adding that “if it takes moisture, its activity reduces’.

He said market surveys have shown that 50kg cement bags contain 45kg of the product and sometimes expired products which could be a contributing factor to devastating building collapse.

“Our job is about traceability. I go to a place where a building comes down and I am able to tell that these people (company) supplied all the re-inforcement bars used for the construction and I am able to take a sample of that and take it back to the manufacturer” to ascertain its reliability.

He further urged Nigerians to know about the grade of cement they use because the grade determines the kind of structure that can be built with the product.

He further noted that there are new rules which demands “standards for flooring, plastering, slabs and columns”.

He went down memory lane to recall an international cement company operating in Nigeria “that wanted to register 22.5 (cement) but called it mercenary cement” maintaining that “people were misapplying quality material” and “if you misapply them, they will give you wrong results; and that is the problem”.