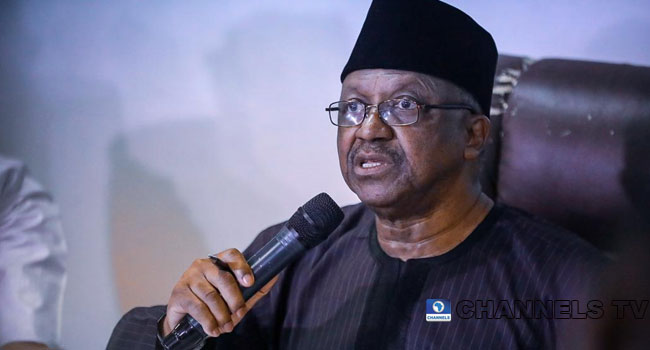 The Minister of Health, Osagie Ehanire, has advised medical authorities across the country against removal or dismissal of any health workers.

Ehanire gave this advice on Friday during the daily briefing by the Presidential Task Force (PTF) on COVID-19, in Abuja.

He stressed that all health workers are needed at this period when the nation is combating a pandemic and therefore, all hands must be on deck.

“This is not the time for any doctor to be pulled out of service. We need all at this time, we need nurses, laboratory scientists, we need all hands on deck at this time,” Ehanire said.

The minister who gave this advice while responding to questions concerning the dismissal of a certain group of doctors added that although he is not aware about the incident, it will be investigated.

“With regards to the doctors who were dismissed, there must have been administration reasons which I don’t know about. It will be looked into by the board at the hospital,” he said.

Ehanire also in his address applauded frontline health workers saying, “we salute you courage and patriotism.”

He, however, urged them to protect themselves and remain vigilant in line of duty.

“Protect yourselves as prescribed. Use your personal protective equipment judiciously. Do not attempt to treat COVID-19 patients without wearing adequate PPE or if your institution is not accredited to do so.

“This is important because we need to keep health workers safe at such a time and cannot afford an increase in number of those who test positive to COVID-19 and have to go into self-isolation.

“Remain vigilant in the line of duty and maintain high index of suspicion for this infection,” he said.

The Minister of Health had earlier on Thursday announced that about 40 health workers have tested positive for coronavirus (COVID-19) in the country. 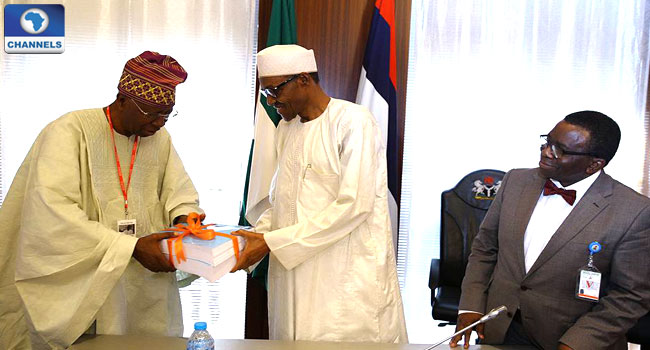 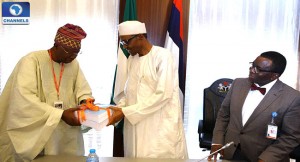 President Muhammadu Buhari on Tuesday stressed the need for pharmaceutical companies in Nigeria to focus on the production of essential drugs locally.

He also assured the companies of the government’s support to enable them produce locally, instead of relying on wholesale importation.

The President made the call while receiving a team, led by Professor Olu Akinkugbe and constituted by the Olusegun Obasanjo Presidential Library to develop an agenda for the health sector in the country.

President Buhari recalled that the Petroleum Trust Fund (PTF), which he headed in the 1990s, had developed what it called “institutional strengthening,” in which PTF supported pharmaceutical companies with resources to encourage local production of drugs.

“We can revisit the experience. We can strengthen pharmaceutical companies to produce essential drugs needed in the country locally. We can then be sure of the quality of such medications” the President said.

On privatisation of healthcare institutions as canvassed in some quarters, President Buhari stressed the need to be careful and take a look at the state of development of the country before considering the option.

“Privatisation aims at maximum profit. It then excludes the poor and the vulnerable from accessing healthcare. But we have to look after the poor,” President Buhari stressed.

The Olu Akinkugbe-led team had earlier given insights into its agenda for the health sector to include proposals on healthcare financing, developing health intelligence/observatory to preempt epidemics, simultaneous focus on primary, secondary and tertiary healthcare, preventing labour unrests in the health sector, facilitating access to essential drugs through local production and the drug distribution system among others.

Professor Akinkugbe commended President Buhari for keeping faith with the change doctrine, adding that the current buffeting economic storms were global, and not peculiar to Nigeria.

He believes Nigerians will surely overcome. 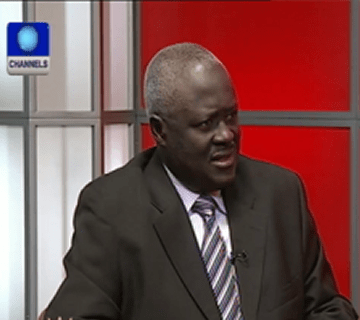 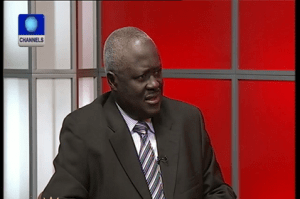 The chairman of the Subsidy Reinvestment and Empowerment Programme (SURE-P), General Martin Luther Agwai (Rtd), says his greatest challenge is how to manage the expectations of people concerning the programme, stressing that more should be done in terms of public awareness to enlighten Nigerians about the programme.

”On Sure-P, we have succeeded in a lot of things by going by the mandate that created the committee despite the challenges.”

The former Chief of Army Staff reiterated that SURE-P was completely different from the old Petroleum Trust Fund (PTF) despite the general assumption that they were same organisation.

”Most people see us as the same organisation but we are completely different from the old PTF’.

”We do not award contracts neither do we decide who does any job and we don’t have a tenders’ board as the then PTF was known for doing.

He says SURE-P administer the partial subsidy removal which is the 32 Naira difference between the old and new pump price for fuel.

Gen Agwai said that 41% of the budget allocated to SURE-P was in the purse to administer, while 54% goes to the state and the local governments with 5% kept as ecological fund.

He said SURE-P do not have a say on how the 54% that goes to the state and local governments are utilised as they do not directly allocated money to the states because they are autonomous bodies under the Federal Government of Nigeria.

On the usage of the SURE-P funds in the states, General Agwai says there is the Federal and the state SURE-P fund and he has no control over what they do with their fund.

As regards the supposed billions missing from SURE-P fund and the disappointment from Nigerians about the programme, General Agwai insisted that no money was missing from the fund. 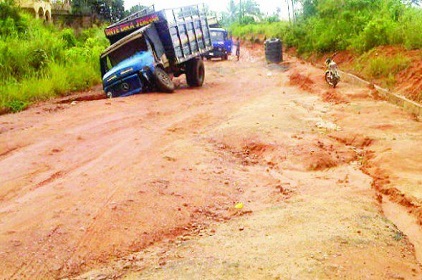 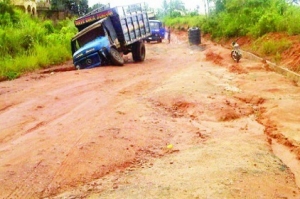 Indigenes of Arochukwu, Ututu, Ihechiowa, Isu and Abam in Arochukwu Local Government Area of Abia State, South East Nigeria, have continued to lament over the deplorable state of the Ohafia-Arochukwu Federal Road.

The Indigenes said that the road rehabilitation, which was taken over from PTF by the Federal Ministry of Works under the Olusegun Obasanjo administration in 1999, has caused economic hardship to indigenes of the communities and also led to underdevelopment in the area over the years because the federal road is the only accessible road that connects Arochukwu to other parts of Abia State.

According to the villagers, the journey from Ohafia to Arochukwu should not be more than 30 minutes, but a drive through the shaggy, tough and rough road, takes more than two hours. A situation which one of the commuters plying the road daily said causes more damage to their cars.

The road was taken up by the Obasanjo Administration from the Petroleum Trust Fund (PTF) who started it initially and the contractor couldn’t do much until 2012 when the road was re-awarded to another contractor; but 18 months after, the new contractor also has not been able to complete one kilometer.

The villagers further complained that in normal circumstances, the journey to their neighbouring state, Akwa Ibom, takes 30 minutes but due to the bad road, they have to go through Umuahia the state capital, which takes another three to five hours.

One of traditional rulers of the affected communities, Her Royal Majesty, Chinyere Okereke, said that the elites and stakeholders in the community have tried all they could to attract government’s attention but all to no avail.

He appealed to the Federal Government to listen to their plea and come to their aid as it seems his people have been cut off from the entire state and Nigeria as a whole because most commercial farmers in the area no longer produce enough for export to the cities, as vehicles that would convey them were no longer willing to ply the road.

Meanwhile, the South East Director of Highways in the Federal Ministry of Works, Mr Godwin Eghrye, said that the problem of non commencement of the road was caused by the contractor who has been mobilised with funds by the Federal Government but has remained slow in the progress of the job, a situation he didn’t understand. He revealed that several meetings have been arranged between his office and the contractor to solve the issue.

He, however, disclosed that the Federal Government would terminate the contract by October if the contractor fails to start something tangible on the road.

He assured the people that the Government would do everything possible to ensure that the road becomes motorable in the nearest and shortest possible time.