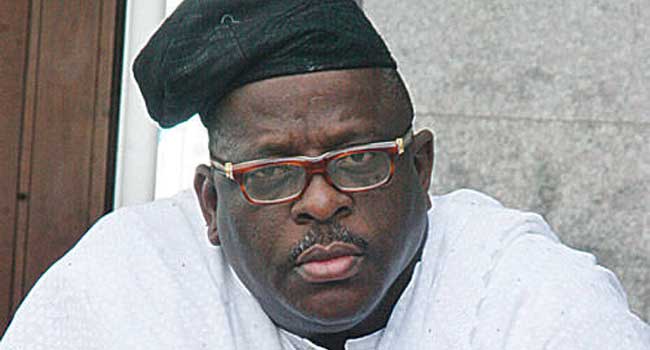 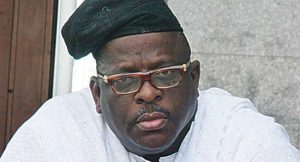 A non-governmental organisation that goes by the name Committee for the Protection of Peoples Mandate (CPPM) has asked the Police to arrest Senator Buruji Kashamu for making inciting comments which has the potential to undermine public safety and national security.

The group made the demand in a public petition to the Inspector General of Police on Monday, January 30, which was signed by its Executive Chairman, Nelson Ekujumi.

The CPPM expressed shock at what it described as “irresponsible, barbaric, unparliamentary and threats to national peace and security statements” credited to Senator Buruji Kashamu over his indictment for drug related offences by the US appeal court and the order for his extradition to face trial.

Senator Buruji Kashamu was quoted in a national daily as warning that before anybody could succeed to extradite him to the US to face trial for drug related offence, “about three, four or five people will die”.

He also reportedly vowed that any attempt to “abduct” him would be met with violence, saying he planned to engage the services of members of the Oodua Peoples Congress (OPC) for protection.

CPPM said: “We regard these provocative and unbecoming comments of Senator Buruji Kashamu as denigrating to his office as a Senator of the Federal Republic of Nigeria and an attempt to intimidate the law enforcement agencies from the discharge of their constitutional duties as well as an assault on the constitution which must be condemned and resisted.

“If Senator Buruji Kashamu who is a member of our highest law making institution, the Senate feels strongly about a judgement of the court whether in Nigeria or any part of the world, one would have expected him, as a custodian of the legitimate mandate of the Nigerian people to be civil, responsible and sensitive to explore civilized means of seeking redress rather than threatening public peace by threats of violence.

“Therefore, we are calling on the leadership of the Senate to immediately summon Senator Buruji Kashamu to appear before its appropriate committee for acts unbecoming of a Senator and for bringing the image of the house to public opprobrium.

“We are equally calling for the immediate arrest and questioning of Senator Buruji Kashamu for his unparliamentary, inciting and violence threatening comments which has the potentials to undermine public safety and national security.”

Ekiti State Governor, Mr Ayodele Fayose, has explained that the National Working Committee (NWC) of the PDP led by former chairman, Ali Modu Sheriff, was dissolved and caretaker committee appointed at the last Saturday National Convention held in Port-Harcourt, Rivers State to save the party.

The Governor said that even though he was one of those who supported the former chairman, he had no option than to support his removal so as to forestall disintegration of the party.

Special Assistant to the Governor on Public Communications and New Media, Lere Olayinka, in a release issued in Ado-Ekiti on Monday, urged Sheriff to accept his removal in good faith and join others to build the party.

The Governor said; “I supported Senator Ali Modu Sheriff in good conscience. But when it became obvious that his continuous stay in office as the National Chairman will jeopardise the collective interest of the party, I had no option than to support his removal.

“To me, the general interest of the party overrides that of any individual and there is no how I can stand in support of any plan to sacrifice the party for any individual.

“Anyone whose ambition threatens the collective interest of the party should be removed to save the party and that’s exactly what we have done.

“I therefore urge Senator Ali Modu Sheriff to accept the dissolution of the NWC and appointment of the Senator Ahmed Makarfi-led Caretaker Committee in good faith and cooperate with other well-meaning members of the party to reposition it so as to achieve the much needed electoral victory in 2019.

“To Sheriff and other well-meaning members of the party, what should be important is the party and not the individual and no sacrifice should be too much for anyone to make for the party at this time.”

The Nigerian Police say that intelligence at its disposal indicates that some aggrieved factional leaders and members of the Peoples Democratic Party (PDP) have perfected plans to engage thugs from across the country to join them in threatening public peace and security in Abuja.

A press statement issued by the Force Public Relations Officer, Mrs Olabisi Kolawole, says that these aggrieved parties are planning to infiltrate Abuja and attack the national headquarters of the PDP with intent to forcefully occupy the facility.

The Police say the group plans to mobilise into Abuja with effect from Monday and they intend to march through major streets in Abuja before proceeding to the PDP secretariat to manifest their intention.

The Police is warning all actors in the crisis as well as their loyalists to refrain from any act that may threaten public order.

The Police has said that it will deal promptly, firmly and decisively with such persons or group in line with their legal obligations.

Consequently, the Inspector-General of Police has directed the deployment of Police assets to secure the PDP Secretariat and protect the staff until the threat to internal security that is being occasioned by the intra-party crisis within the PDP is stabilised.

Armed security personnel at the weekend sealed the headquarters of the Peoples Democratic Party in Abuja, preventing the opposition party members from getting into their headquarters.