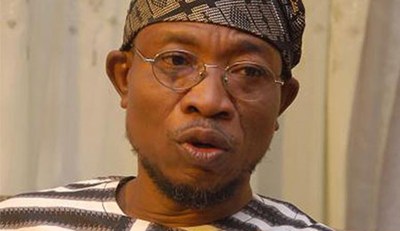 The governor had earlier on in December 2012, laid before the State House of Assembly the 2013 proposed budget estimates.

A breakdown of the 2013 budget draft shows that N64.3 billion representing 34.97 percent of the total sum is for recurrent expenditure while N119.75 billion, representing 65.3 percent percent was earmarked for capital expenditure.

Mr Aregbesola who acknowledged the inputs of various stakeholders across the state to enhance the quality of the budget said the ultimate goal of the 2013 budget is to ensure a great improvement in the welfare and standard of living of the people.

According to him the transport sector gets the largest allocation because road construction and maintenance has to be vigorously pursued due to the pivotal role of good road network in the attainment of socio-economic and political goals.

He assured of objective and faithful implementation of the budget, urging members of the State House of Assembly to give speedy consideration to its passage for implementation to commence as early as possible.

The Speaker of the State House of Assembly, Najeem Salaam appreciated the relationship which exists between the legislature and the executive arm of government.

He noted that inspite of the tight financial situation position of government due to dwindling revenue from the federation account; government has been able to execute projects and programmes that were very beneficial to the people in 2012. 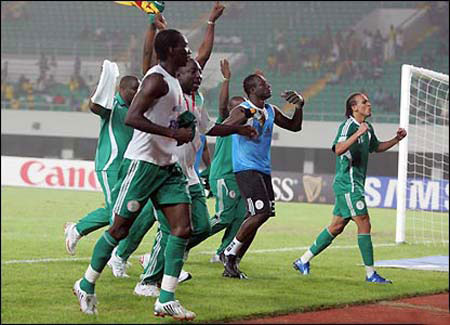 The Super Eagles of Nigeria landed in Kigali early this morning, following a straight chartered flight from Lagos to the Rwandans capital city.

The team comprising of 11 home based and 11 foreign based players arrived Rwanda ahead of Joseph Yobo’s record caps of playing in the national team.

The team Captain will be setting a Nigerian record for international matches when the national team take to the pitch in Stade Regionale de Nyamirambo on Wednesday.

On Wednesday, the Turkish based defender will become the first Nigerian to get 87 caps where he will be leading the Eagles in the 2013 African cup of nations qualifying match against the Wasps.

The Nigeria Football Federation (NFF) has congratulated the Fenerbahce defender, who will also be celebrating his 11 year anniversary of with the senior national team next month.

Return of The Yak

Meanwhile, Blackburn Rovers striker and Super Eagles retunee Yakubu Aiyegbeni has said he is determined to do more for Nigeria after putting behind him the miss of the 2010 World cup.

The striker at the 2010 World Cup missed his shot on goal, just five yards off the goal post, shooting off target in a game against South Korea, which Nigeria needed to win to have any chance of advancing to the next round of the Mundial.

Football fans across the country loathed him for the miss and it was not until the arrival of new Eagle’s coach, Stephen Keshi that he earned a recall to the national team following his 13 goals thriller in the English premier league, this season.

The eagles will be counting on-The Yak-as he is fondly called, to get the goals in the game in Rwanda.

The game which might be played under a hot tropical weather, will pose no problem for the striker as he insisted that “as professionals, we must be able to cope with whatever conditions we face and still get the job done.”