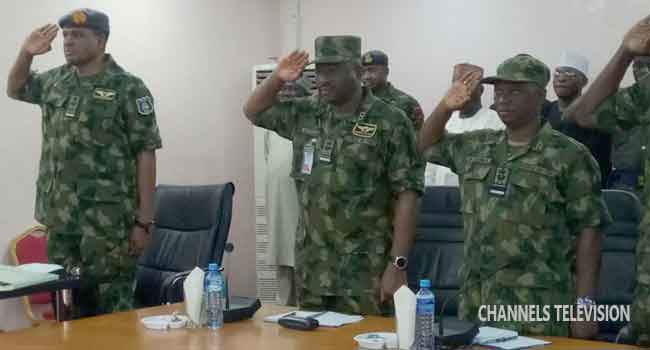 The Chief of Air Staff, Air Marshal Saddiq Abubakar on Monday said a quick response squad will be established in Lafia, the Nasarawa state capital.

The quick response wing, the CAS said is part of the special operations unit aimed at adding value to the security atmosphere of Nasarawa state and also to create an enabling environment in the state

Although Abubakar did not give details of when the quick response wing will commence operation, he explained that the wing will have 150 Special Forces who are fresh graduates from the Air College.

The Nigerian Airforce also aim to also provide medical outreach to the hinterlands of Nasarawa state.

In his reaction, Nasarawa State Governor Tanko Al-makura lauded the efforts of the Airforce in combating insurgency in the north eastern part of the country.

Some areas and communities in the southern part of Nasarawa State are currently deserted as residents in earlier part of this month abandon their homes in fear of attack by gunmen suspected to be herdsmen.

The residents told Channels Television that the farmers and herdsmen crisis in the state has taken another dimension. They allege that gunmen knock on doors and open bullets on residents. They also called for government’s quick intervention.

The residents, who are mostly women and children have taken refuge in some schools in Doma, Agyaragu, Agwatashi and Imon villages.

As a result of insecurity in Nasarawa, a police officer was also found dead in Adudu community of Obi Local Government Area of Nasarawa state on Tuesday, February 13. The policeman whose name was not disclosed was reportedly killed by some hoodlums. Nasarawa Police Public Relations Officer, Idrissu Kennedy confirmed the news of the death to Channels Television.