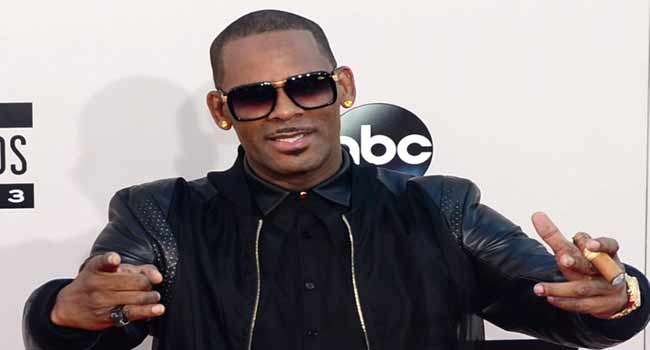 Singer R. Kelly, the target of a boycott campaign over his treatment of women, hit back Monday in a 19-minute song in which he reveals he was abused himself.

Entitled “I Admit,” the marathon song nonetheless is heavier on denials than acknowledgement as the “I Believe I Can Fly” star vents frustration over the stream of allegations against him.

“I never thought it would come to this, to be the most disrespected artist,” he sings over a mid-tempo R&B beat.

“So I had to write a song about this, ’cause they always take my words and twist it.”

Halfway through the song, Kelly says that a family member touched him sexually from a young age until he was 14.

“So scared to say something / So I just put the blame on me / Now here I am, and I’m trying my best to be honest.”

The Time’s Up movement for gender equality has urged the music industry to part ways with Kelly in the wake of Bill Cosby’s conviction, calling for a world in which women “can pursue their dreams free from sexual assault, abuse and predatory behaviour.”

Kelly was acquitted in 2008 of charges of child pornography after a video allegedly showed him in sexual acts with an underage girl.

More recently, a woman in Dallas complained to police that Kelly knowingly gave her a sexually transmitted disease and BuzzFeed News published an expose in which it said that the singer was keeping six women in virtual slavery with control over their diets, clothing and sex lives.

Kelly, 51, in the song, suggests racial bias and draws a contrast with positive portrayals of late Playboy founder Hugh Hefner, known for his multiple relationships with younger women.

Kelly admits sex with “both older and young ladies” but adds: “Really, am I supposed to go to jail or lose my career because of your opinions?”

He also chides celebrities who have turned on him including singer John Legend as well as top streaming service Spotify, which briefly removed him from playlists as part of a crackdown.

“I’m not convicted / Not arrested / Dragged my name in the dirt,” he sings. 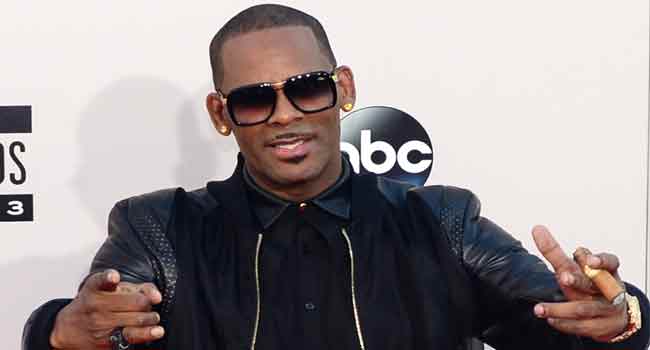 R. Kelly’s management has lashed out at a campaign for the music business to dump him over his alleged treatment of women and girls, denouncing a “public lynching.”

The R&B singer, best known for his ballad “I Believe I Can Fly,” supports the Time’s Up movement for gender equality, his management said, suggesting that his eyebrow-raising relationships have been consensual.

“We fully support the rights of women to be empowered and make their own choices,” his management said in a statement late Monday.

“Since America was born, black men and women have been lynched for having sex or being accused of it.

“We will vigorously resist this attempted public lynching of a black man who has made extraordinary contributions to our culture,” it said.

The Women of Color division of the Time’s Up movement had on Monday called on Kelly’s record label, streaming services such as Spotify and Apple Music and concert venues to drop the 51-year-old star.

The group said it hoped to build on momentum after the conviction last week of comedian Bill Cosby to build a world “in which women of all kinds can pursue their dreams free from sexual assault, abuse and predatory behavior.”

Singer and activist John Legend quickly backed the #MuteRKelly campaign, although entertainment companies have yet to comment.

Kelly was acquitted in 2008 of charges of child pornography after a video allegedly showed him in sexual acts with an underage girl.

Last month, a woman filed a complaint with police in Dallas alleging that Kelly knowingly gave her a sexually transmitted disease during a relationship that began when she was 19.

And last year, BuzzFeed News reported that Kelly was holding six women in virtual slavery with power over their clothing, diet and sexual encounters. He has denied all the allegations. 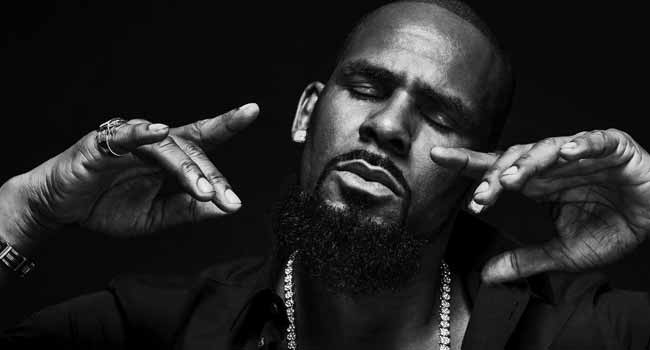 Winnie Mandela, the ex-wife of South African anti-apartheid fighter and former president Nelson Mandela, died on Monday at the age of 81. She died in a Johannesburg hospital after a long illness.

The ‘World Greatest’ legendary artist post on his Instagram page that he is saddened to receive the news of the legend’s death.

He also recalled how he was invited to the home of the African heroine.

“Saddened to hear about the loss of this Angel! I’ll never forget being invited to her home in South Africa and having a powerful conversation. Thank you for everything #WinnieMandela #Legendshonourlegends,” R Kelly posted.

Saddened to hear about the loss of this Angel! I’ll never forget being invited to her home in South Africa and having a powerful conversation. Thank you for everything #WinnieMandela #legendshonorlegends

Many leaders have paid tributes to legendary Winnie Mandela.

While South African President Cyril Ramaphosa described her as a “voice of defiance” against white-minority rule, Retired South African archbishop and Nobel laureate Desmond Tutu hailed her as “a defining symbol of the struggle against apartheid.”

Nigeria’s President Muhammadu Buhari also described her as a courageous woman. He said her death is a huge loss to Africa. 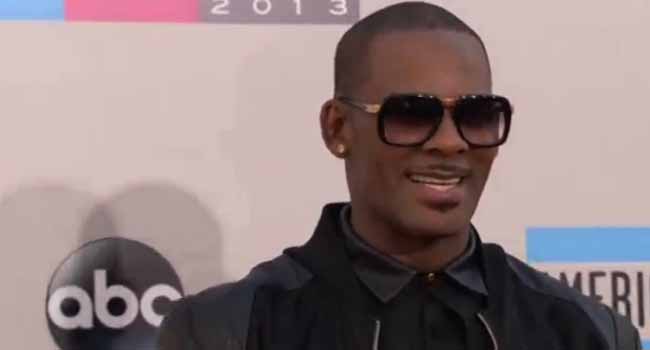 R&B singer R. Kelly on Monday denied an article by U.S. media outlet BuzzFeed News that he was keeping a household of young women in a “cult” atmosphere.

“Mr. Robert Kelly is both alarmed and disturbed at the recent revelations attributed to him.

Mr. Kelly unequivocally denies such allegations and will work diligently and forcibly to pursue his accusers and clear his name,” Kelly’s attorney Linda Mensch said in a statement.

Kelly has not been charged with any crime.

BuzzFeed said in an emailed statement, “We stand fully behind the story, which was based on nine months of interviews and old-fashioned investigative reporting.”

The article cited interviews with two families and three former associates of Kelly.

The article cited one mother saying the set-up was a “cult.”

The article said all of the women were over the age of consent,some family members cited in the article expressed frustration at limited communications with their daughters.

BuzzFeed reported that two families had sought help from police but the women have rebuffed attempts by authorities or their parents to investigate or to bring them home.

Kelly is one of the most successful R&B artists of the last two decades, with three Grammy awards, 12 studio albums and some 40 million records sold worldwide. 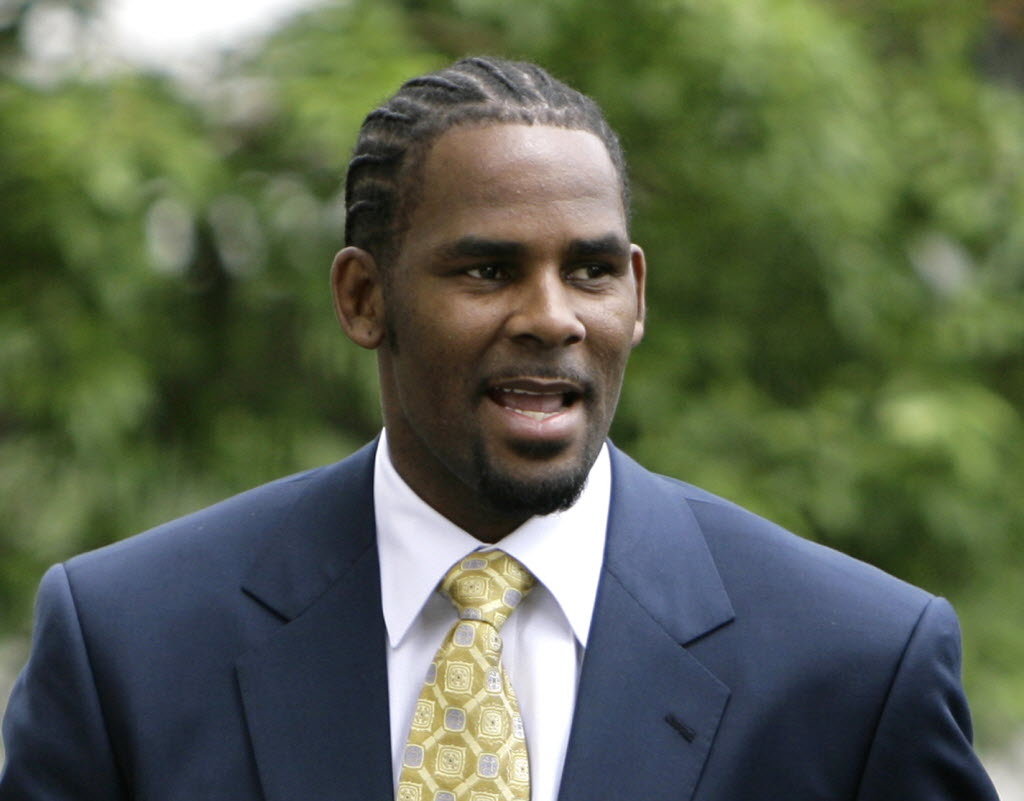 The 46-year old American singer-songwriter and record producer who is known for many hits like ‘I Believe I Can Fly,’ ‘Storm Is Over,’ ‘Trapped in the closet,’ expressed excitement about his successful career on social media site, Facebook.

“They say life is just a game and I thank God that I’m winning,” he said.

In March 2011, R. Kelly was named the most successful R&B artist of the last 25 years by Billboard.

According to Wikipedia, Kelly has released 10 studio albums, sold 38.5 million albums in the U.S. and over 54 million albums worldwide making him the most successful R&B male artist of 1990s. 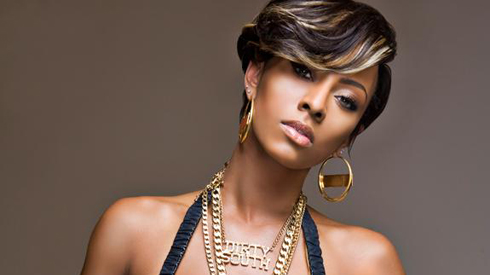 R&B singer keri Hilson is set to perform in Abuja, Nigeria for her African fans to have the chance of meeting her again.

The “Energy” crooner will be performing live in Abuja come November.

She confirmed this via twitter saying “Back to Nigeria in November 🙂 I’ve done Lagos, I’ve done Calabar, & I’m Ambassador of the Cross River States) Performing Abuja this time!”

She added “#iloveafrica …but you already know that!”

Keri Hilson performed in Calabar and Lagos back in 2009 and from the looks of it, Abuja is going to be her next stop!

She has also performed with lots of artiste including Grammy award winners, R.kelly, Kanye West, Kardinal Official amongst others.