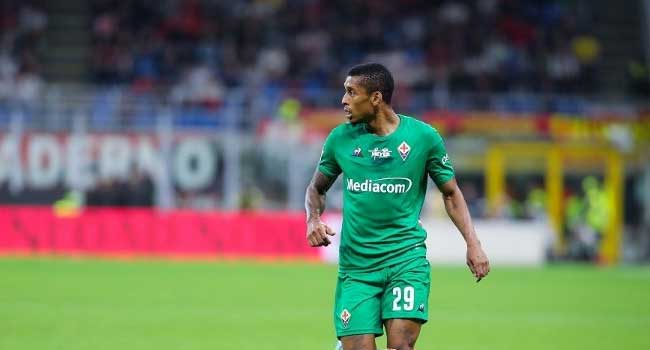 Radja Nainggolan inspired Cagliari to a 5-2 win over Fiorentina as the Sardinians continued their fine form to move third in Serie A on Sunday.

The Mediterranean outfit have 24 points from 12 games — seven points behind leaders Inter Milan, who moved top after beating Verona 2-1 on Saturday.

Defending champions Juventus are second and can reclaim the number one spot when they host 13th-placed AC Milan later on Sunday.

“Not even in the most optimistic forecasts could we have imagined being here,” said Cagliari coach Rolando Maran.

“Radja is capable of extraordinary things and you just have to stand back and applaud.”

Fiorentina are struggling without Franck Ribery who has been given a three-match ban for pushing an official.

But Cagliari, who battled relegation last season, have been in superb form since Nainggolan returned after five years away, including a difficult season at Inter Milan last term.

The Belgian contributed three assists and capped a stellar performance with the fifth goal of the game after 65 minutes.

Serb Dusan Vlahovic pulled two late goals back for Fiorentina in the final quarter of an hour but the Tuscans are eighth.

The game was halted at the 13th minute, as both teams paid tribute to former Fiorentina captain Davide Astori who also played for Cagliari.

Four minutes later Nainggolan set up Mark Rog for the opener, with Fabio Pisacane nodding in the second less than ten minutes later.

The 31-year-old Nainggolan was involved again in Giovanni Simeone’s third goal against the Spanish forward’s parent club, as well as Joao Pedro’s effort ten minutes after the break, before blasting in his second goal of the campaign from a distance.

He was given a standing ovation when substituted after 78 minutes.

“There is little to comment, it was an ordeal,” said Fiorentina coach Vincenzo Montella.

“They were clearly superior to us. We need to draw lessons from this.”

Cagliari extended their winning run to a third consecutive game and are unbeaten in ten games, which includes seven victories and three draws.

Roma travel to Parma later on Sunday where a win would put them back ahead of Cagliari.

Atalanta and Lazio will bid to move level on points with the Sardinians against Sampdoria and Lecce respectively. 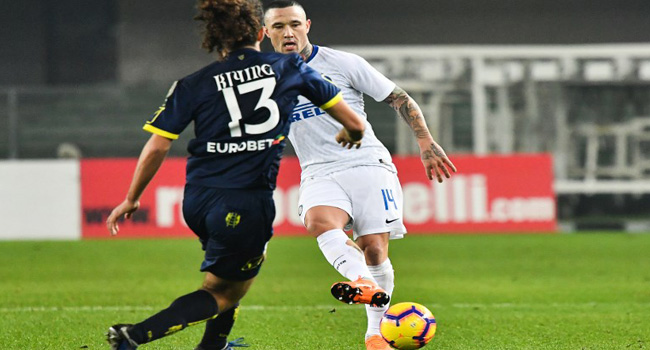 Belgian midfielder Radja Nainggolan has been suspended by Inter Milan for “disciplinary reasons”, the club announced on its website on Sunday.

“FC Internazionale Milano can confirm that Radja Nainggolan has been temporarily suspended from football activity for disciplinary reasons,” said the statement.

The club have given no further details of the reasons behind the suspension but according to the Italian press, the action has been sparked by the 30-year-old’s habit of turning up late for training.

The Belgian, who started in Saturday’s draw against Verona, could miss the Serie A clash with Napoli on Wednesday as well as the game against Empoli on December 29 — the last two matches before the winter break.

Since his arrival from Roma in the summer, Nainggolan has experienced a difficult start to the season, punctuated by minor injuries.

He made the front page of the Italian sports press earlier in the week as the alleged victim in a fraud case. 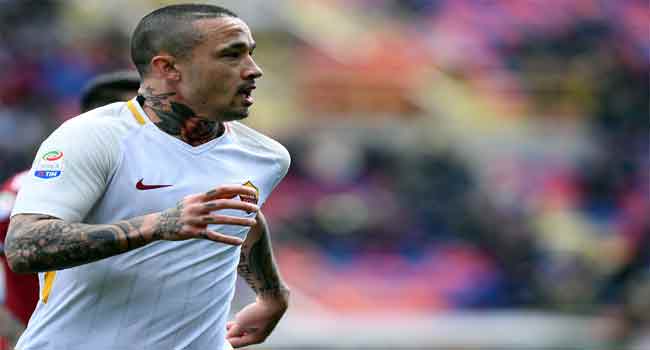 Radja Nainggolan and Lorenzo Pellegrini have passed fitness tests to travel to Barcelona for a Champions League quarter-final, first leg, but Cengiz Under will stay in Italy, Roma said.

Belgian midfielder Nainggolan hurt his pulled a right thigh muscle in Saturday’s 1-1 Serie A draw against Bologna while Italy midfielder Pellegrini took a knock to his calf while on international duty.

Coach Eusebio Di Francesco included the pair among the 21-man squad to travel to Spain after putting the players through their paces in training on Monday.

Under is carrying a left thigh injury picked up on international duty with Turkey and was not deemed fit enough and will remain in the Italian capital.

The Italian side are playing their first Champions League quarter-final since falling in the last eight in successive seasons to Manchester United in 2007 and 2008.

The Romans lost their only final appearance to Liverpool in 1984. 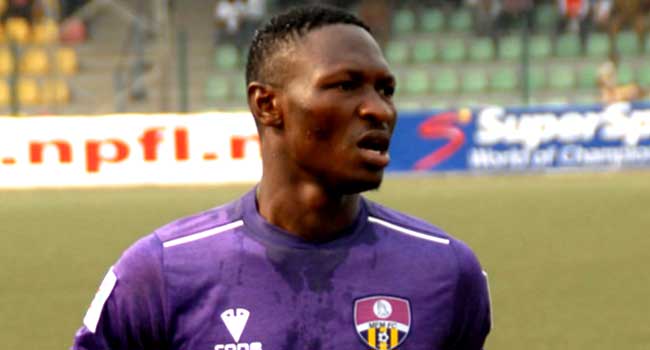 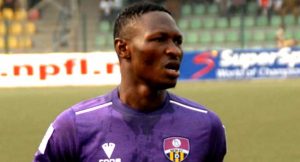 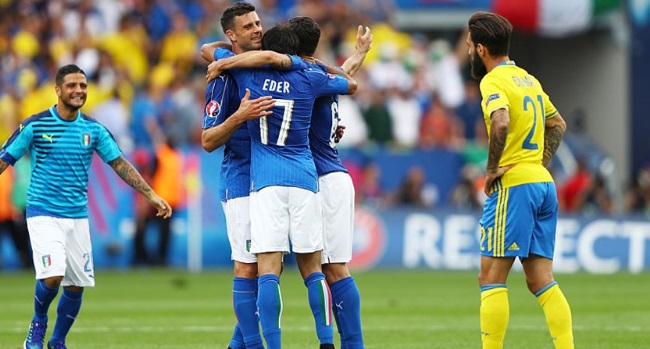 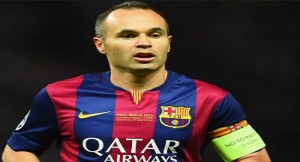 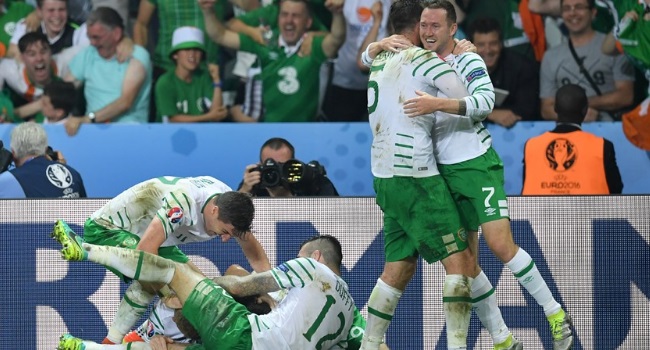 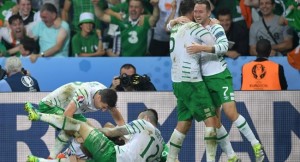 The Republic of Ireland have secured a place in the next round of the Euro 2016 after beating Italy 1 – 0 on Wednesday.

The victory was achieved with spirited efforts just as Wes Hoolahan made a fantastic cross converted to a goal by Robert Brady.

The late goal, which came in the 85th minute was consequent to Hoolahan’s failure to send the Irish into ecstasy after missing a brilliant opportunity.

Italy, Belgium and the Republic of Ireland have now qualified for the next round while Sweden are out of the competition on-going in France.