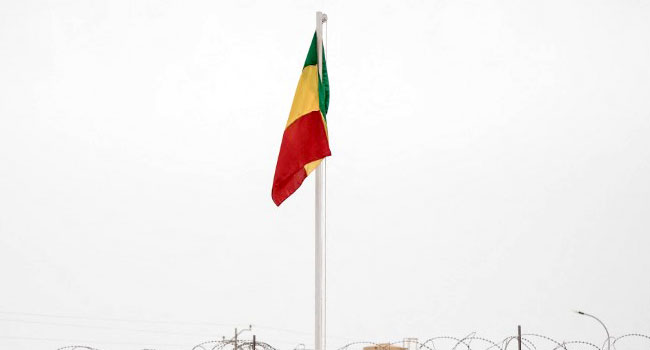 Raiders in Mali killed at least 20 civilians in attacks on villages near the northern town of Gao over the weekend, while a landmine killed a UN peacekeeper in the troubled region.

“Criminal terrorists” on Saturday killed at least 20 civilians in several hamlets in the Anchawadj commune, a few dozen kilometres north of Gao, said a senior police officer who asked to remain anonymous.

A local official blamed the attacks on jihadists and put the death toll at 24, saying the killings occurred at Ebak, some 35 kilometres (23 miles) north of Gao, the region’s main town.

The official described a “general panic” in the area.

The situation in Anchawadj was “very concerning,” and civilians were fleeing the area fearing further violence, he added.

Following the bloodshed on Saturday, a landmine killed a UN peacekeeper on Sunday as he was out on patrol further north in Kidal, the head of the UN’s MINUSMA Mali force, El Ghassim Wane, tweeted.

The spokesperson for UN Secretary-General Antonio Guterres condemned the killing of the peacekeeper, who he said was from Guinea.

While there has been no official confirmation that the attacks were carried out by jihadist groups, fighters affiliated to either Al-Qaeda or the Islamic State group are active in the region.

The region has become increasingly violent and unstable since Tuareg separatist rebels rose up against the government in 2012.

Jihadist fighters took advantage of their rebellion to launch their own offensive, threatening the capital Bamako in the south until a French-led force pushed them back in 2013.

The Tuareg separatists and the government agreed to a peace accord in 2015, but it has yet to be applied.

So now Mali’s weak, national government faces both separatist and jihadist insurgencies in the north of the country — a largely desert region that is all but devoid of state infrastructure.

“A good part of the Gao region and that of Menaka” are occupied by the jihadists, said the official in Gao. “The state must do something.”

Some of the rebel groups have also been fighting each other as they battle for influence and territory. Adding to the volatile mix are traffickers and other criminal groups.

Government stability meanwhile has been interrupted by military coups in August 2020 and May 2021.

Following his latest report into the area, UN Secretary General Antonio Guterres last month warned that instability in Mali and Burkina Faso were undermining attempts to stabilise the region.

The security situation in the Gao region had badly deteriorated in recent months, he said.

Initially captured by a Tuareg rebel group a decade ago, it was subsequently taken over by Islamist groups.