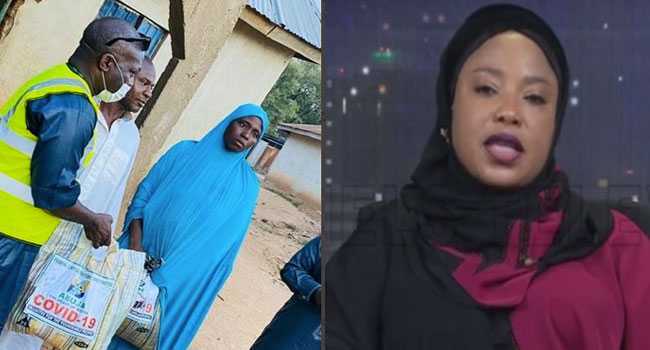 The Minister of State for the Federal Capital Territory (FCT), Ramat Aliyu, has denied claims that palliatives being distributed for FCT residents are meant for political party supporters only.

Aliyu, in an interview on Channels Television programme, Sunday Politics, described the claim as a figment of the imagination of some people who do not understand the processes for the distribution.

While explaining the modalities, she said the focus was on cushioning the effect of COVID-19 lockdown on all vulnerable residents as the virus was no respecter of any political party or affiliation.

“It is a figment of their imagination. Maybe before now, they are used to politicising everything, but we are moving away from that now. We are facing reality because COVID-19 knows no barrier.

“COVID-19 knows no tribe, religion or even political party. From the composition of the organogram, the structure is replicated down to the grassroots,” she said.

She added volunteers and representatives from various groups, including the Christian Association of Nigeria (CAN), League of Imams, political parties, civil society groups, among others were part of the distribution process.

According to Aliyu, over 600,00 households are targeted to receive the package which is made up of 5kg of rice, 3kg of garri, 3kg of semovita, 2kg of beans, 10 sachets of tomato paste, and one litre of groundnut oil, among others.