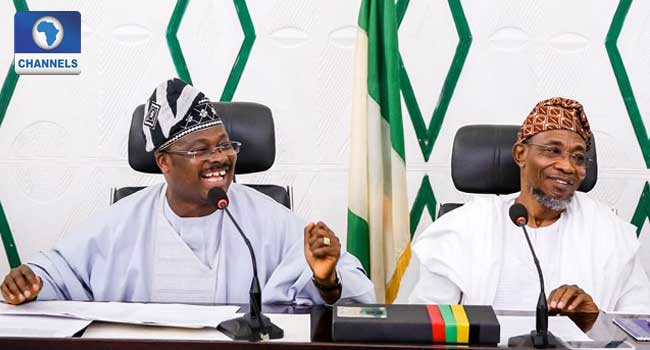 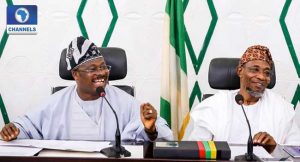 The meeting, which was also attended by their deputies, Moses Alake Adeyemo (Oyo) and Titi Laoye-Tomori (Osun), and other top officials of both states, took place at the State Executive Chambers of the Governor’s Office, Ibadan.

A communiqué signed by the two governors, which was read by Gov. Ajimobi after a four-hour meeting, restated both states’ irrevocable commitment to the continued joint ownership of the institution.

He announced the setting up of a visitation panel headed by a Senior Advocate of Nigeria, Chief Wole Olanipekun, as a follow-up to the meeting.

The panel was saddled with the task of reviewing the current terms of engagement between the two owner states with a view to consolidating the joint ownership, as well as to conduct an audit into the institution’s sources and application of funds.

The wise men and women would also be expected to propose strategies for the overall improvement in the quality of education and service delivery in the institution.

“In view of the historical affinity and long relationship between the two states of Oyo and Osun, the meeting resolves to rededicate all efforts towards the development of mutually beneficial goals that will further cement the bond of friendship and brotherhood between them.

“As brothers, sisters and family members of the same Yoruba ancestry, the meeting agreed that this should be a time of consolidation between the states rather than a time of fragmentation.

“Consequently, the meeting agreed to an irrevocable commitment to joint ownership of Ladoke Akintola University, Ogbomoso, in accordance with the laws setting up the institution.” 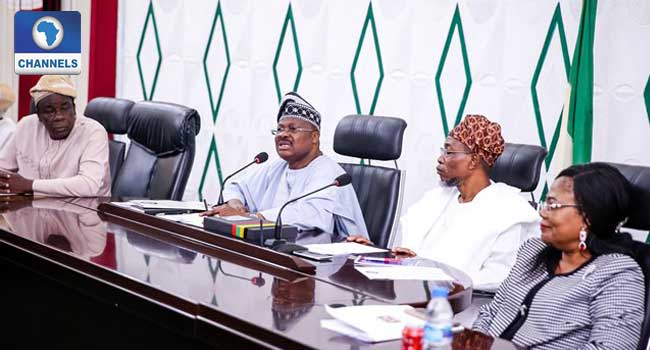 The Governor declared that both states agreed that comprehensive restructuring was inevitable in order to achieve national, regional and global reckoning by the institution, while he cautioned residents of the two states and other stakeholders to eschew any form of violence.

The communiqué also appealed to the academic staff members currently on industrial action to resume academic activities while the owner states sought for amicable and sustainable solutions to the lingering crisis that had pitted indigenes of both states against one another.

Ajimobi added, “We agreed on the necessity for a comprehensive restructuring of the institution to ensure fair and effective development and distribution of academic resources, physical structures and assets of the university across the two states.

“This is in order to achieve national, regional and global reckoning. We appeal to the academic staff who are currently on industrial action to resume academic activities while amicable solutions are being worked out to sort their grievances.

“We enjoin all residents of the two states, as well as other stakeholders, including students, teachers and workers to go about their lawful duties and resist any temptation to take the laws into their hands. The meeting warned that anyone or group that does otherwise will face the full wrath of the law.”