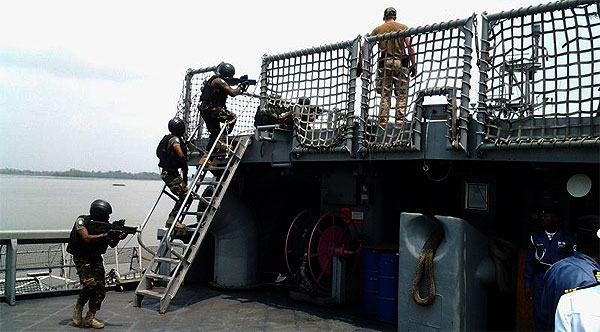 About 200 Nigerian troops consisting of the Nigerian Army and the Nigerian Navy as well as 19 foreign troops from Netherlands, United Kingdom and the United States of America are now undergoing tactical training on capacity building at amphibious training school in Calabar, the Cross River State Capital.

The FOC was speaking at the flag off of the amphibious raid exercise carried out at the Oron Beach in Akwa Ibom State.

The operation which was nicknamed Ofem Efik, meaning Calabar Winds in Efik language is a three day training which is an initiative of the Nigerian Navy as part of its efforts towards improving the command’s capacity to operate with other arms of the Armed forces of Nigeria as well as friendly military forces from other countries and maritime agencies.

In view of the security challenges in the gulf of Guinea especially stealing of crude oil and attacks on merchant ships, such capacity build up will help African military forces to jointly plan and execute military operations in a maritime domain.

The first phase of the exercise which was the pre-exercise paved way for the tactical phase which was conducted by the Mobile training teams drawn from UK, USA and the Netherlands Marines in conjunction with instructors from the Nigerian Navy and the Amphibious Training school. 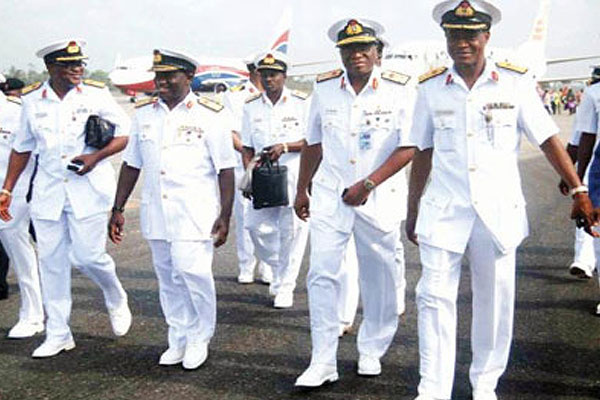 The Nigerian Navy  has said it is ready to host the first Gulf of Guinea Regional Maritime Awareness Capability (RMAC) Conference in Calabar, the Cross River State capital from the 29th to 31st July.

Briefing journalists at the headquarters of the Eastern Naval Command, the Flag Officer Commanding, Rear Admiral Joe Aikhomu disclosed that the theme of the conference, Regional Maritime Awareness Capability Systems: A key for Enhancing Maritime Security in the Gulf of Guinea.

According to him, the international event is born out of the necessity to have a complete maritime domain awareness of Nigeria’s maritime environment including the Gulf of Guinea and the need to protect it.

He said expanded economic activities in the Gulf of Guinea has given rise to renewed interest within the region since the region depends solely on the sea for transportation, food, trade, energy and capital, all of which are essential ingredients of National security.

The Nigeria’s Chief of Naval staff and his counterparts from Ghana, Cote D’Ivoire, Gabon, Equatorial Guinea, Angola, Namibia, South Africa, Benin Republic, Senegal, Togo, Cameroun, Sao Tome and Principe as well as the Commanders, United States African Command and the US Naval Forces Africa are expected to present papers at the conference.