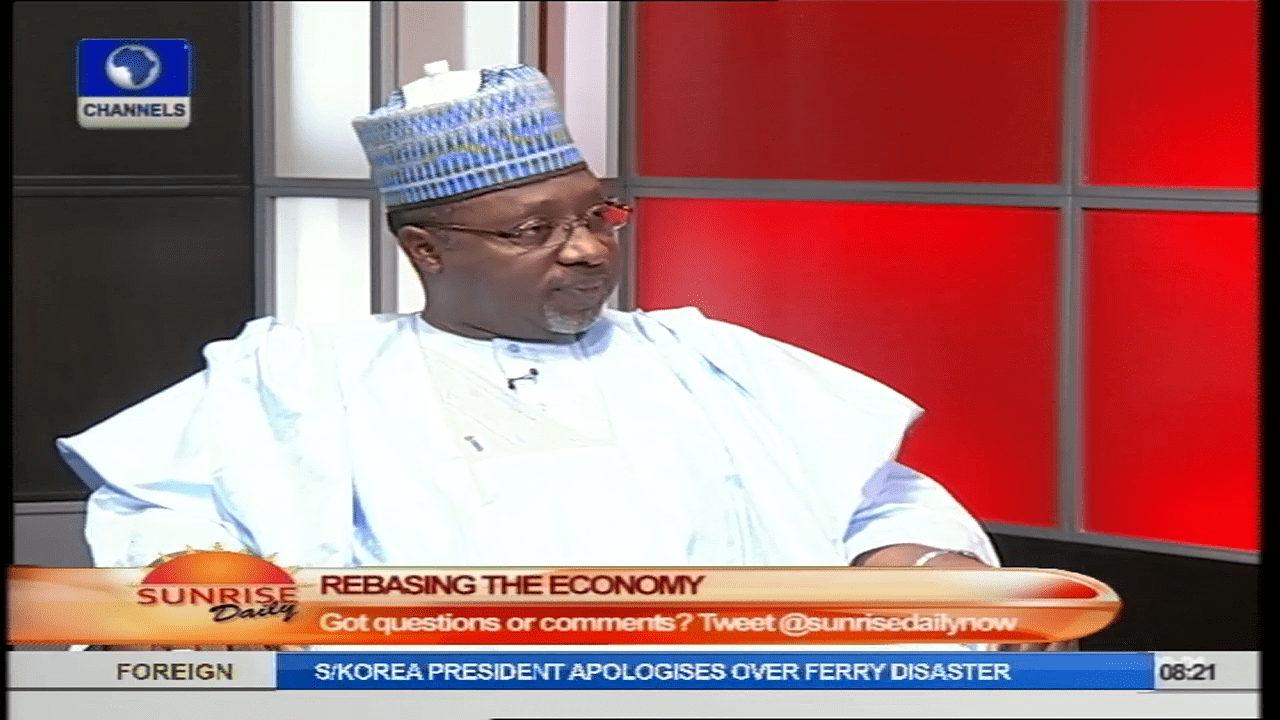 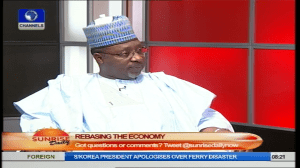 The President of the Nigerian Institute of Quantity Surveyor and former Minister of State for Power and Steel, Mr Murtala Aliyu, on Wednesday urged the Federal Government to pay more attention to  construction and real estate sectors as it could contribute more to the Gross Domestic Product (GDP).

He noted, that this is “in spite of not getting the appropriate attention from government; with the correct attention we should be doing more.

“South Africa has about nine per cent contribution (to their GDP) from construction alone” revealing that “it was around seven per cent sometime in the 80s” he said.

Mr Aliyu while speaking as a guest on Channels Television’s award-winning breakfast show, Sunrise Daily, also noted that rebasing of the economy should only be celebrated if it provides “the proper environment for investors to be encouraged” insisting that there is “nothing to fear, nothing to criticize and nothing to celebrate as long as you don’t take advantage of the rebasing”.

He further called on the federal government to embark on the utilisation of the local capacities berating the high number of foreign players in the construction sector.

He described the mortgage system in the country as “structurally weak” and called on the authorities to “sensibly put things in place which will encourage growth in the economy for people to afford and sustain the mortgage”.

Despite the improvement recorded by some states on the issue of the Land Use Act, Mr Aliyu said the FCT Land Use Act which was written in 1881 is under review now, has made the acquisition of land “very cumbersome” insisting that it has also discouraged citizens from acquiring lands from those who hold  lands in trust for people.

He however noted, if that can be corrected, more estates will be built, the housing deficit in the country will be reduced and gradually eradicated.

Mr Aliyu also blamed the poor quality of materials used in construction and real estate sectors as “graft and corrupt” insisting that “unless these issues are addressed, the quality of the products will continue to be low.

“People compromise so much by not putting all that is necessary in terms of the money paid for the job because somebody is sharing part of it”.

He urged the federal and state governments to strengthen quality control mechanisms to ensure the use of quality materials in the execution of projects by professionals and contractors. 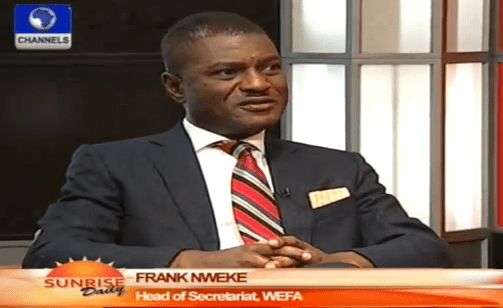 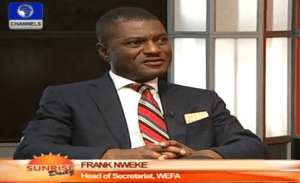 The Head of Secretariat, World Economic Forum, Africa, Frank Nweke, has assured the international community of adequate security during the forum that will hold from May 7- 9, 2014.

Mr Nweke, said that the committee in charge of the forum had been working in the last 14 to 15 months and had made proper arrangement for logistics to ensure that participants would not experience any hitch.

He said: “The venue, logistics, transportation and volunteers preparations are on the high, but security is very important to Nigerians as a whole.  “Once we are safe as Nigerians then our guests will be safe”.

He, however, expressed dissatisfaction over the bomb blast at Nyanya Motor Park, Abuja and urged the government to take proper care in ensuring that insurgencies in different parts of the country were brought to a halt.

“It is the responsibility of the government to secure the lives and property of Nigerians,” he said.

On Channels Television’s breakfast programme, Sunrise Daily, on Tuesday,  Nweke said that the forum would be an opportunity for Nigeria to meet with other world leaders and address issues that are affecting the country’s development such as security, unemployment and poverty.

“Most of these challenges are issues that these foreign investors are looking at to help in the development of the country,” he said.

On the Monday bomb blast, Mr Nweke noted that Abuja had been peaceful in the last 15-18 months and emphasised  the need for Abuja to remain calm.

Sending out his condolences to the families of the victims, he stressed that proper care must be taken to ensure that insurgencies in other parts of the country were  brought to a halt, as it was impeding development.

Huge sums of money that should have been used for infrastructural development to reduce the deficit had been channeled into provision of security.

President Goodluck Jonathan had also said that bomb attacks were hindering development of the country, saying that such attacks distract the government from carrying out its transformation agenda.

Some economic analysts have said that the growth that had been recorded over the years had not transpired into a better life for the average Nigerian.

But Mr Nweke said that since the return to democracy from the military era there has been drastic change in Nigeria’s economy.

“There has been significant expansion and improvement in our economy,” he said, pointing out that Nigeria has been able to catch up with the rest of the world.

“There is nothing wrong in knowing the size of our economy,” Mr Nweke stressed.

He further pointed out that the oil sector contribution to the GDP was receding, with the entertainment, ICT, and manufacturing amongst others, making remarkable contributions to the growth. But he called for adequate attention to be paid to the entertainment/Nollywood industry.

“There is need to focus attention on the preservation of the copypright laws to ensure that there are no leakages,”  he said.