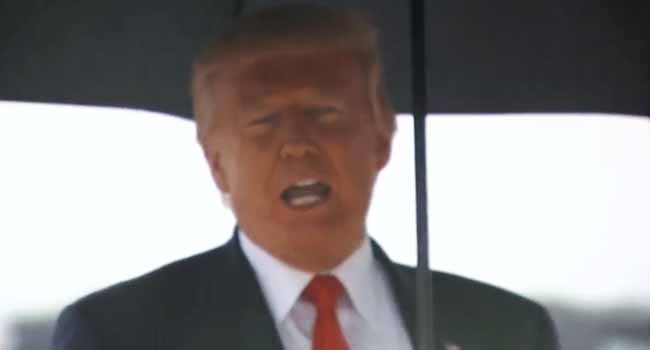 President Donald Trump replaced his beleaguered White House Chief of Staff, Reince Priebus, after only six months on the job on Friday, installing retired General John Kelly in his place in a major shake-up of his top team.

Trump announced the move in a tweet a day after his new communications director, Anthony Scaramucci, accused Priebus of leaking information to reporters in a profanity-laced tirade.

I am pleased to inform you that I have just named General/Secretary John F Kelly as White House Chief of Staff. He is a Great American….

Trump issued his decision just as he landed aboard Air Force One after a visit to Long Island. Priebus was on the plane with him and left with no comment.

Kelly has been secretary of the Department of Homeland Security.

“Reince is a good man,” Trump told reporters after he got off Air Force One at Joint Base Andrews on the outskirts of Washington.

He said Kelly will do a “fantastic job.” 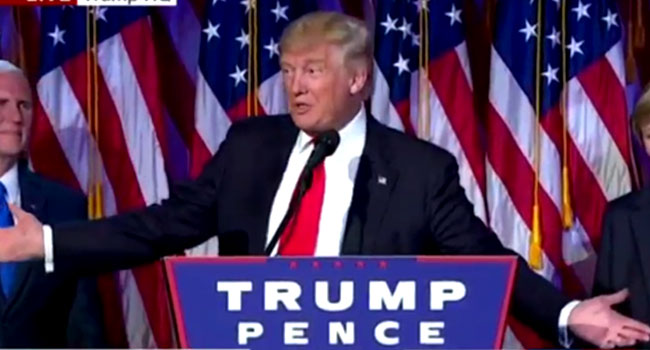 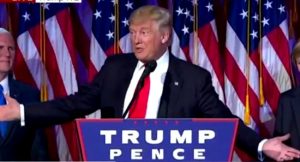 The US Electoral College has certified Donald Trump as president, despite a last-ditch effort to deny him the White House six weeks after winning the general polls.

The Republican garnered more than the 270 electoral votes required to win, even as at least half a dozen U.S. electors broke with tradition to vote against their own state’s directives, the largest number of “faithless electors” seen in more than a century.

Now set to take office on January 20, Mr Trump, in his reaction, promised to “work hard to unite our country and be the president of all Americans”.

Electors had been flooded with emails and phone calls urging them not to support the billionaire.

Protesters briefly disrupted Wisconsin’s Electoral College balloting. In Austin, Texas, about 100 people chanting: “Dump Trump” and waving signs reading: “The Eyes of Texas are Upon You” gathered at the state capitol trying to sway electors.

In the end, however, more Democrats than Republicans went rogue, underscoring deep divisions within their party.

At least four Democratic electors voted for someone other than Clinton, while two Republicans turned their backs on Trump.

Texas ultimately put the president-elect over the 270 threshold, despite two of its electors voting against him.

With nearly all votes counted, Trump had clinched 304 electoral votes to Clinton’s 227, according to an Associated Press tally of the voting by 538 electors across the country.

The voting process is usually a formality, but was clouded this year by claims that Russian hackers tried to sway the presidential election.

The result will be officially announced on 6 January in a special joint session of Congress. 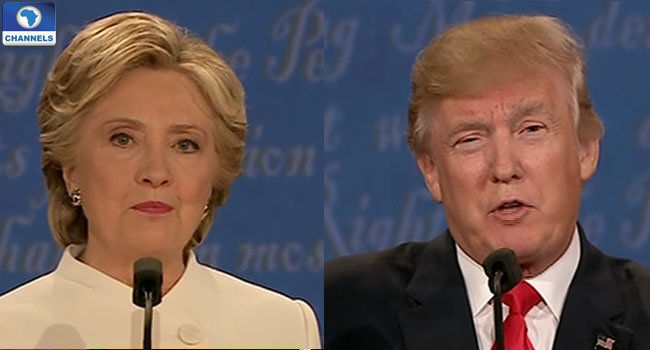 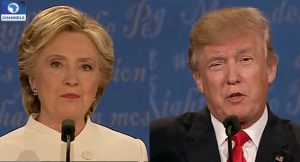 The U.S. Electoral College is expected on Monday to officially select Republican Donald Trump as the next president in a vote that is usually routine.

The electoral vote takes place this year amid allegations of Russian hacking to try to influence the election.

At meetings scheduled in every state and the District of Columbia, the institution’s 538 electors, generally chosen by state parties, will cast official ballots for president and vice president.

It is highly unlikely the vote will change the outcome of the Nov. 8 election, which gave the White House to Trump after he won a majority of Electoral College votes. The popular vote went to Democrat Hillary Clinton.

But the conclusion by U.S. intelligence agencies that Russia hacked into the emails of the Democratic National Committee in an attempt to sway the election for Trump has prompted Democrats to urge some electors not to vote as directed by their state’s popular ballot.

The leaked emails disclosed details of Clinton’s paid speeches to Wall Street, party infighting and inside criticism about Clinton’s use of a private server to send emails while U.S. Secretary of State.

The disclosures led to embarrassing media coverage and prompted some party officials to resign.

Trump and his team dismiss intelligence claims of Russian interference, accusing Democrats and their allies of trying to undermine the legitimacy of his election victory.

Russian officials have denied accusations of interfering in the election.

On Sunday, Clinton’s campaign chairman, John Podesta, said it was an open question whether the Trump campaign colluded with Russia about the emails, an allegation that Trump’s incoming White House chief of staff, Reince Priebus, denied.

A bipartisan group of U.S. senators called for a special committee probe of cyber attacks by Russia and other countries.

The number of Electoral College electors equals the number of representatives and senators in Congress, with each state receiving a share roughly proportional to its population size.

When voters go to the polls to cast a ballot for president, they are actually choosing a presidential candidate’s preferred slate for their state.

A candidate must secure 270 votes to win. Trump won 306 electors from 30 states.

The electors convene meetings in each state to cast ballots about six weeks after each presidential election.

If no candidate reaches 270 in the Electoral College, the president is chosen by the U.S. House of Representatives – currently controlled by Republicans.

Chairman of the Republican National Committee (RNC), Reince Priebus, will be his Chief of Staff while Stephen Bannon, from the right-wing Breitbart News Network, will serve as Mr Trump’s Chief Strategist.

In a statement on Sunday afternoon, the transition team emphasized that the two men would work “as equal partners to transform the federal government”.

Mr Trump described Mr Priebus and Mr Bannon as “highly qualified leaders who worked well together on our campaign and led us to a historic victory”.

Mr Bannon said on Sunday: “I want to thank President-elect Trump for the opportunity to work with Reince in driving the agenda of the Trump administration.

“We had a very successful partnership on the campaign, one that led to victory. We will have that same partnership in working to help President-elect Trump achieve his agenda.”