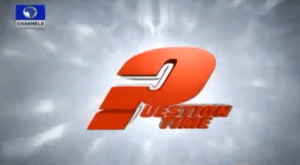 The Lagos Chamber of Commerce and Industry, LCCI, was founded in 1888 and was incorporated as a non-profit organisation in 1950.

On this edition of the programme, the newly installed President of the institution, Mr Remi Bello speaks on his vision for the LCCI and speaks on related matters.

The Lagos Chamber Of Commerce and Industry has called on the Federal Government to accelerate the resuscitation of the rail system to evacuate cargo from the Lagos ports.

The chamber described the menace of trucks and trailers on the roads as unbearable.

In a statement signed by the President of the chamber, Remi Bello, the 48 hours cargo clearance target set by government is far from being achieved at this time.

Major problem areas identified by the chamber were delays in the positioning of cargo at the port terminals and inadequate equipment for cargo handling, among others.

According to the chamber, the implication of these challenges include high demurrage charges arising from delays in clearing of cargo, disruption of production schedules of manufacturers as raw materials are not delivered in good time to factories and high cost of fund on borrowed funds by importers.