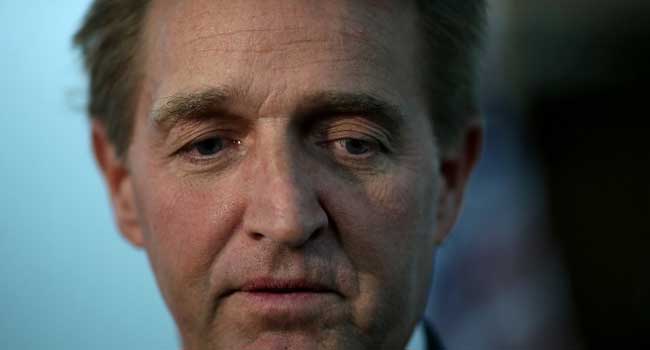 A Republican senator said Sunday that a conservative should run against US President Donald Trump for the party’s presidential nomination in 2020.

Jeff Flake, a vocal critic of the president, said he did not think he would run but that someone else should.

Flake, who is leaving the Senate in January, warned that in his state of Arizona, a Republican bastion in the past, voters are rejecting candidates “tied at the hip with the president.”

“And I think that we’re seeing that elsewhere in the country as well. We’re losing the suburbs. “If we had a mass movement from the suburbs for people to move back to rural areas, then perhaps our Republican Party would have more of a future – but not the way that we’re going now,” he said.