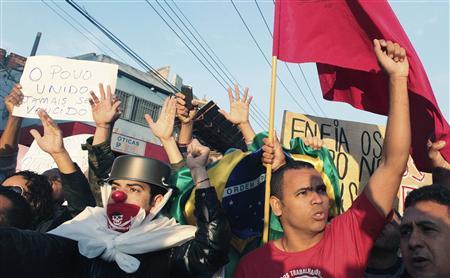 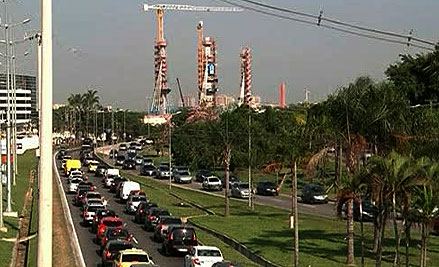 Rio de Janeiro Mayor Eduardo Paes said the host city for the 2016 Summer Olympics is “on time” after meeting with members of the International Olympic Committee in a closed-door meeting on yesterday.

The mayor said the IOC was satisfied with the preparations, though he did say he was concerned about work to be done on Rio’s Galeao International Airport.

The mayor said that despite media attention surrounding problems the city is facing, the planning and infrastructure projects remain on schedule and that the IOC was satisfied with their work.

Brazil’s tourism ministry expects almost 400,000 foreign tourists for the games, in addition to hundreds of thousands of Brazilians who themselves will add to the crush on airports, hotels, roads and other infrastructure.

After the meeting, Paes singled out a massive public transportation project made up of three bus rapid transit lines that will criss-cross the city and connect Olympic facilities.

However, construction delays, cost overruns and overburdened airports, roads and subway lines have given locals a sense that Rio, the first South American city to be awarded the Olympics, has a long way to go if is to stage the event as seamlessly as London.

Rio’s airports, like those elsewhere in Brazil, are notoriously crammed and have strained with air traffic growth prompting Paes to admit the city’s main airport remained a concern for planners.

Earlier this month Aviation Minister Moreira Franco said the bids for a 25 to 30 year holdings would be heard in September.

Brazilian President Dilma Rousseff has dramatically boosted the private sector’s role in big construction projects, a move that risks alienating her political base but has become necessary as Brazil prepares to host the massive events.

The IOC visit was a planned routine trip.