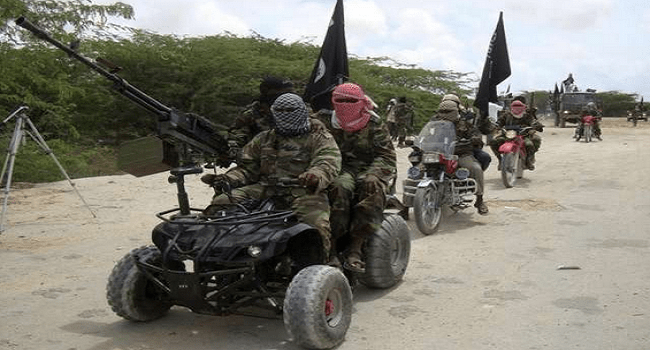 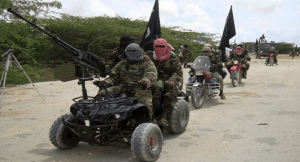 Islamist group Al Shabaab said it fought off an attack on one of its bases in southern Somalia early on Wednesday that was launched by foreign commandos who flew in on two helicopters, leaving one Al Shabaab fighter dead in the gun battle.

Sheikh Abdiasis Abu Musab, Al Shabaab’s military operations spokesman, did not identify the nationality of the troops who launched the assault at about 1 a.m. in the Awdigle district of Lower Shabelle area, about 50 km (30 miles) south of Mogadishu.

The AMISOM peacekeeping force is made up of troops from several African nations which has been fighting alongside the Somali army. An AMISOM spokesman could not immediately be reached for comment.

U.S. officials said in 2014 that U.S. military advisers had secretly operated in Somalia since around 2007. They also said at that time that Washington planned to deepen its security assistance to help Somalia fend off the Islamist threat.

Washington said it launched air strikes on another al Shabaab base on Saturday killing more than 150 Islamist fighters. Al Shabaab said the number was exaggerated.

It was not immediately possible to obtain any U.S. comment.

Al Shabaab’s military operations spokesman told Reuters the two helicopters landed on the banks of the River Shabelle and commandos from the aircraft advanced on the base.

“They were masked and spoke foreign languages which our fighters could not understand,” Abu Musab told Reuters. “We do not know who they were but we foiled them.”

He said the commandos carried rocket launchers and M16 rifles – referring to a weapon used by U.S. forces although Abu Musab did not mention any nationality.

Residents in the area confirmed there had been a gun battle and said they saw helicopters in the area. They said the mobile phone network did not work during fighting.

“We were awoken by exchange of heavy guns,” said resident Ahmed Farah speaking by phone later on Wednesday. “We could see the helicopters land and fly.”

He said al Shabaab later sealed the area so it was not possible to know if there were any casualties.

Al Shabaab, which wants to topple the Western-backed Somali government, has launched a spate of bombings in Mogadishu and elsewhere in the past two weeks, killing dozens of people. A car bomb killed at least three police officers on Wednesday.