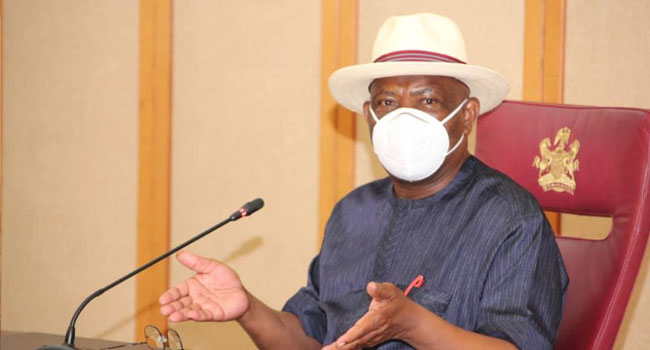 Nyesom Wike has squashed insinuations that he will join the Progressives Congress (APC), taking a swipe at governors who defected to the ruling party.

The Peoples Democratic Party (PDP) has in recent months witnessed a wave of defections, raising concerns about the party’s viability. Governor Bello Matawalle of Zamfara State moved to the APC this week, less than two months after his Cross River counterpart Ben Ayade dumped the PDP. Three PDP senators also confirmed their defection to the APC on Wednesday.

But Wike, the governor of oil-rich Rivers State and a strong critic of the APC, maintains that it is unthinkable for him to leave the main opposition party.

“It is not something to be discussed. How would any Nigerian feel that tomorrow I am discussing with the APC?” the governor asked when he featured on Channels Television’s current affairs programme Politics Today on Thursday.

He scolded governors and other members of the PDP who have joined the country’s leading party for being fearful and intimidated by the APC, insisting the APC has nothing on offer for him to move to their camp. The defectors, he claimed, had no reason to join another party.

“This people, because of one thing or the other, are trying to hide their inadequacies and inefficiencies and ensure that the government [at the centre] protects them. And they are always afraid,” Wike, a former minister of education explained, accusing the federal government of “fighting” Rivers State.

Governor Wike claimed those welcoming the decamped politicians to the APC have failed in delivering quality governance to their people, saying his main preoccupation at the moment is giving the right leadership to the south-south state.

Despite the defections, the National Chairman of the PDP Uche Secondus insists the party is not bothered about the development, assuring that it will reclaim the presidential seat it lost in 2015.

“We stand here to state clearly that we will form the next government, come 2023, because of the masses, not the governors who are leaving the PDP,” Secondus said during a press conference in Abuja on Tuesday. 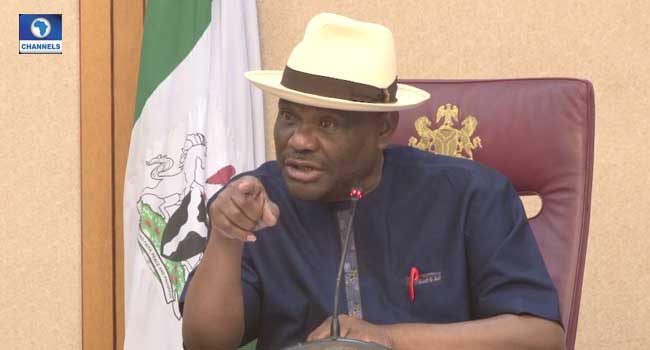 Governor Nyesom Wike of Rivers State on Wednesday attacked the ruling All Progressives Congress (APC) for the delay in amending the Electoral Act, saying no reasonable citizen of the country would want the party to retain the presidential seat in 2023.

The former education minister claimed that Nigerians have lost confidence in the APC and further accused it of frustrating moves to amend the Act.

“Amending the Electoral Act would be a giant leap forward for the country as it would lead to free, fair, and credible elections,” Wike tweeted on his official handle, doubling down on his claim that the ruling APC is afraid of losing the presidential seat.

“Unfortunately, we are again seeing tricks and delays because this government doesn’t want it amended so they can manipulate the 2023 elections. They know people have lost confidence in the APC Government and no reasonable Nigerian would want them back.”

Amending the Electoral Act would be a giant leap forward for the country as it would lead to free, fair and credible elections. Unfortunately we are again seeing tricks and delays because this government doesn’t want it amended so they can manipulate the 2023 elections.

Wike had earlier in the year accused President Muhammadu Buhari of not signing the amended Electoral Act because he was advised against it by the APC which felt he (Buhari) could have lost the 2019 election if it was signed.


“And of course, the President did not sign the electoral amendment Act,” the governor explained.

“I am not carried away by the antics of the National Assembly. They all know what will make the country move forward. One, make the election to be transparent by ensuring that all votes are counted. 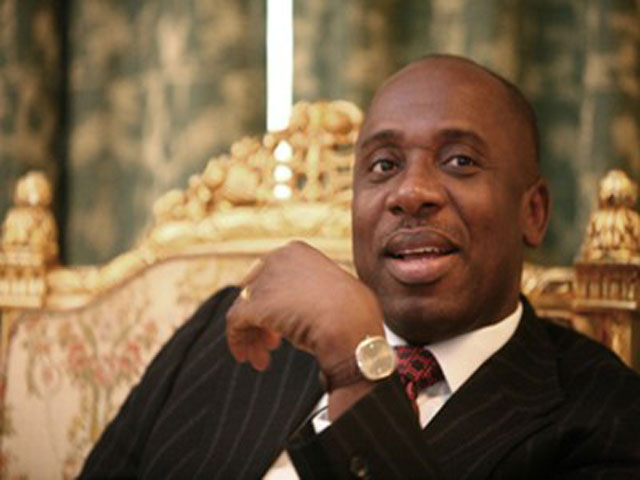 He also said that his administration was willing to cooperate with the Police in the state to restore law and order as long as the Police was ready to be non-partisan and neutral.

Amaechi disclosed this on Thursday when Mr. Ogunsakin and other top Police officers in the state paid him a courtesy visit at the Government House, Port Harcourt.

“Don’t support PDP, and don’t also support APC, just, support Rivers people. Any order that is illegal from the Rivers State Government, please, don’t obey…What we want is a neutral Police Commissioner that is firm and understands that the state needs to accommodate everybody, and not one that loves to be in any of the political parties. I must congratulate you, the plans you have are also well thought out, and needs the support of the Rivers State Government.”

Governor Amaechi also recalled the cordial relationship his administration enjoyed with the Military and the Police when he took over in 2007.

“From February last year (2013) we saw ourselves gradually going back to that era. Go to our communities, these boys are back and carrying weapons and have also installed themselves as chiefs and dishing out instructions”, Amaechi said.

Governor Amaechi further narrated how his administration supported the Police in providing Armoured Personnel Carriers, (APC), bullet proof vests, scholarship programmes, primary health centres and others, as a way of motivating the Police work force in combating crime in the state.

“If they give you the history of our support to the Police in Rivers State, you will be shocked. Please just take your time, call for all the files in the past one year and go through them. You will find out that while my colleagues were battling with other things, we were making efforts to buy Armoured Personnel Carriers (APC).

“It was the same APC that they were trying to use against us…We also bought bullet proof vests for the Police. We also introduced scholarship programmes, that any policeman that was shot in the cause of the crisis, we will not only train his children, we will employ the wife or give out money to the wife to start business.

“We built a Health Centre for the Police and bought vehicles for the Police. We thank you for accepting the challenge, because, what you are going to face now is a challenge. It will not be the normal police commissioner job, you are here to restore policing. Also, know that there will be a lot of intrigues, but, I won’t be part of the intrigues. If you know me and those who know me, you will understand that. I say my mind, and I will try as much as I can to be honest”, Amaechi noted.

Earlier, the new Commissioner of Police, Mr. Tunde Ogunsakin said, it is proper and of necessity that the Governor of a state and the Commissioner of Police should synergize to pursue and enhance the security of lives and properties in the state. “This is the crux of my visit to your office today.”

The state Police boss also highlighted the role of the Nigerian Police as spelt out in Section 4 of the Police Act (CAP359) Law of the Federation of Nigeria 1990, to include, the prevention and detection of crime, the apprehension of offenders, preservation of law and order, the protection of lives and property, as well as the due enforcement of laws and regulations which the Police is directly charged.

Mr. Ogunsakin further indicated his intention to partner with the communities in the state and other established institutions, including relevant stakeholders and other sister security agencies.

Continuing he said, “I intend to in due course commence wide consultations and meetings with the various interest groups with a view to brainstorming and looking into the grey areas. I am convinced that, this will go a long way in assisting us in arriving at a common ground towards a harmonious and peaceful co-existence. Therefore, Political activities must be effectively managed in order not to endanger the peace in the state.  We shall on our part be objective, liberal, firm and non-partisan, as I will deploy my expertise to manage the affairs of the Rivers State Police Command in the best possible professional manner.

“I will strategically marshal a formidable operational plan that will speedily arrest the trend of all forms of criminalities, particularly violent crimes in the state. Consequently, I want to use this medium to sound a note of warning to all criminals in the state to either have a change of mind and become law-abiding citizens or relocate from Rivers State immediately. I encourage all law abiding citizens of Rivers State to go about their lawful business.”