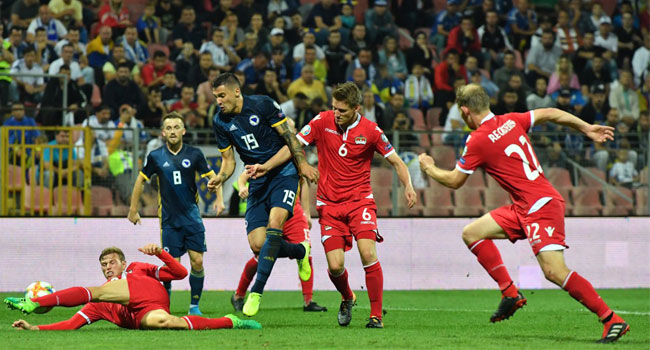 Former Croatia international Robert Prosinecki resigned as Bosnia and Herzegovina coach on Sunday after “failing” to reach Euro 2020 following a 4-2 defeat by Armenia.

Prosinecki, who featured for his country as they finished third at the 1998 World Cup, had been in the post since January last year but his side sit fourth in their group on seven points from six games, eight behind leaders Italy.

“I discussed with everyone and I resign. Since I began the position, I thought we would qualify. We failed,” the 50-year-old said after the match in Yerevan.

As a coach he worked as an assistant with Croatia before being appointed as Azerbaijan boss after a playing career which included spells at Real Madrid, Barcelona and Sevilla.

Bosnia’s only appearance at a major tournament was the 2014 World Cup in Brazil where they finished third in their group behind Nigeria and eventual runners-up Argentina.