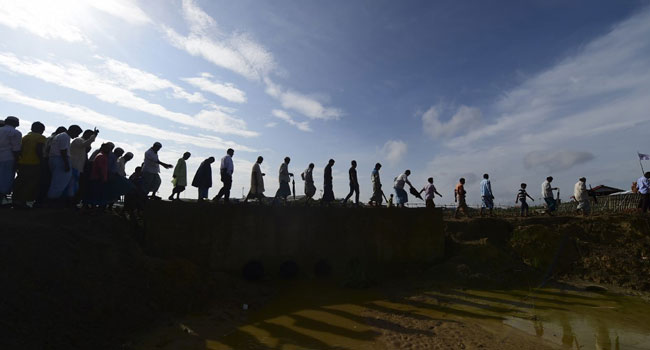 Bangladesh cut access to 3G and 4G internet in Rohingya camps Tuesday, in a further clampdown on communications among the refugees as Dhaka grows increasingly frustrated with failed attempts to repatriate them back to Myanmar.

Despite an agreement between the two countries in November 2017 to send back the Rohingya, virtually none of the 740,000 who fled Myanmar following an August 2017 military crackdown in Rakhine state have returned.

The government has instructed operators to shut down 3G, 4G and LTE (Long Term Evolution) networks in the Rohingya camp areas in Teknaf and Ukhia, S.M. Farhad, secretary-general of the Association of Mobile Telecom Operators of Bangladesh, said in a statement.

The border towns of Teknaf and Ukhia are home to three dozen refugee camps where the Rohingya live in squalid conditions.

But Abu Saeed Khan, senior policy fellow at the LIRNEasia think tank, told AFP that the shutdown “effectively means the shutdown of internet. With 2G network, it will be almost impossible to access.”

Operators had already halted the sale of SIM cards in the camps and shut down 3G and 4G network connections between 5:00 pm and 6:00 am local time.

The clampdown has stunned the refugees and disrupted communications between different camps and with Rohingya still in Myanmar.

Rights group Human Rights Watch on Saturday urged the government to end the restrictions, saying they “made matters worse”.

“The authorities should take a level-headed approach instead of overreacting to tensions and protests by isolating Rohingya refugees in camps,” HRW said.