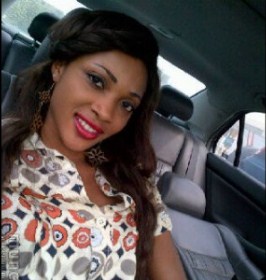 The trial of the alleged murderers of late Cynthia Osokogu was stalled today owing to the absence of the trial judge, Justice Olabisi Akinlade.

The court registrar told lawyers who showed up in court for the case that Justice Akinlade was “indisposed.” The lawyers and the registrar then agreed on the 20th September as the next adjourned date for the continuation of the case.

24 year old Cynthia Osokogu was allegedly drugged and murdered in a hotel room in the Amuwo Odofin area of Festac Town in Lagos in July 2012.

Two men, Okwumo Nwabufor and Olisaeloka Ezike, are standing trial for felony, conspiracy to commit murder and the murder of the late Cynthia Osokogu.

A 3rd man, Osita Orji, a Pharmacist who sold the Rophynol drug used on the late Cynthia to the alleged murderers  is standing trial along with the other two for his reckless and negligent act; while a 4th man, Nonso Ezike, who pawned her Blackberry phone, is charged with possession of stolen property.

Seven witnesses have so far testified on behalf of the prosecution in the matter. Today’s proceedings was however for a trial-within-trial’ to determine the voluntariness of a confessional statement made by the first and second defendants, Nwabufor and Olisaeloka.

Counsel to the first defendant Victor Opara, told journalists after the court adjourned that the police obtained the statements from the defendants under duress.

At the next sitting of the court, the counsel in the matter are expected to argue on whether the statements were voluntarily made or made under duress.

The court would then be saddled with ruling on whether to admit the statement and what evidence to attach to it, and then  the main trial would continue with the prosecution calling its remaining witnesses to establish the guilt of the accused persons.

A post-mortem examination result tendered by one of the prosecution witnesses earlier on in the trial indicates that the cause of the late Cynthia’s death was asphyxia – absence of Oxygen supply to the body.