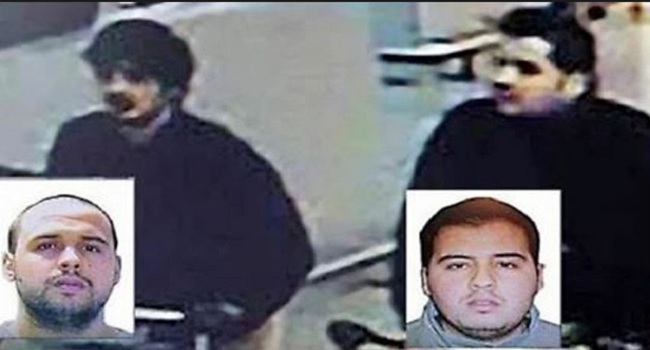 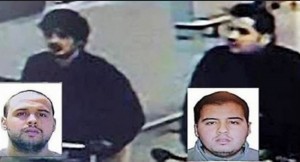 Najim Laachraoui, 25, is believed to be the man seen on CCTV pushing a baggage trolley alongside the bombers and then running out of the Brussels airport terminal.

Earlier some media reported that he had been captured in the Brussels borough of Anderlecht, but they later said the person detained was not Laachraoui.

Police and prosecutors refused immediate comment but the federal prosecutor was due to hold a news conference at 1200 GMT.

The death toll in the attacks on the Belgian capital, home to the European Union and NATO, rose to at least 31 with some 260 wounded, Health Minister Maggie De Block said on VRT television. It could rise further because some of the bomb victims at Maelbeek metro station were blown to pieces and victims are hard to identify.

One of the suspects seen on CCTV pushing baggage trolleys at Brussels airport just before the explosions was identified as Brahim El Bakraoui, public broadcaster RTBF reported. It said his brother, Khalid, blew himself up on the metro train.

Both had criminal records for armed robbery but had not previously been linked by investigators to Islamist militants.

Laachraoui is wanted in connection with the Paris attacks. His DNA was found on at least two explosives belts used in those attacks and at a Brussels hideout used last week by prime Paris suspect Salah Abdeslam, who was arrested last Friday after a shoot-out with police.

RTBF said Khalid El Bakraoui had rented under a false name the apartment in the city’s Forest borough, where police hunting Abdeslam killed a gunman in a raid last week. He is also believed to have rented a safe house in the southern Belgian city of Charleroi used to mount last November’s Paris attacks.

The Syrian-based Islamist group claimed responsibility for Tuesday’s attacks, four days after Abdeslam’s arrest in Brussels, warning of “black days” for those fighting it in Syria and Iraq. Belgian warplanes have joined the coalition in the Middle East, but Brussels has long been a center of Islamist militancy.