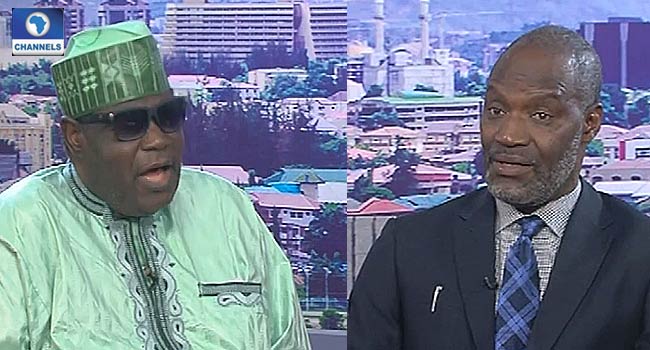 Analysts on Channels Television breakfast show have opined that the controversy surrounding the planned Ruga Settlement by the Federal government is needless and a distraction from the hardship confronting Nigerians.

The legal adviser of Middle Belt Forum, Mark Jacob, during his interview on the programme, said Nigerian politicians are enjoying the controversy which the planned Ruga settlement has raised because it has distracted many from questioning their contribution to the development of the nation.

“The controversy is needless. I see the entire thing as politics because when a government lacks what to say to its citizens on issues that are central to governance, this issue of Fulani is brought up.

“It started with grazing reserves, then grazing route, cattle colony, then we went to the National Assembly with a certain bill that took all the time and after four years, we are now talking of Ruga. It’s revolving around a thing that has consumed this country’s unity and cohesion.

“I suspect that Nigerian politicians are enjoying this distraction. It is a distraction from the abysmal hunger and poverty that is eating up the land. When they throw up these things, our attention is diverted to that,” he said.

Jacob who is also a former attorney general of Kaduna State said Nigerians should rather ask questions on the policy drive of the government.

“Power (sector) is dwindling to the barest minimum and we are here talking on Ruga,” Jacob added.

Isa Mafinda, a livestock farmer in his reaction blamed the Ruga settlement crisis on civil servants which he called ‘evil servants.’

He said the lack of continuity in policy triggered the controversy surrounding Ruga settlement. According to him, the controversy is needless because the policy dates back to the era of post-independence.

“It is needless because this thing did not come without precedent. Immediately after independence, two regions set up livestock developing units. One was established in Iseyin, Oyo (by the biggest Yoruba leader, late Obafemi Awolowo) and another at Gindawaya by the late Amadu Bello, the Sarduana of Sokoto.

“Both places still exists till date.

“When Obasanjo launched the green revolution. There was a move to create the River Basins and the purpose of the River Basins was to make provision for a vast of land for livestock activities to thrive,” he said.

The farmer who also owns one of the largest private abattoirs in Nigeria insisted that Ruga settlement is not a new policy in Nigeria.

“Just that Ruga by name is the only thing that is new but the activities that started during Adesina (Femi Adesina, former Nigeria’s Minister of Agriculture) is still what is going to happen.”