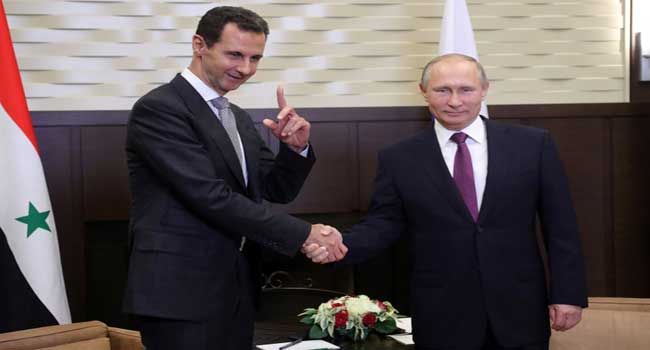 Syrian President, Bashar al-Assad, congratulated his Russian counterpart Vladimir Putin on Monday for winning a fourth presidential term, saying it was the result of his “outstanding performance”.

Putin, who has backed Assad politically and militarily since the Syrian conflict broke out in 2011, scored another six years in office on Sunday.

“The Russian people’s exceptional trust in you is a natural outcome of your outstanding national performance,” Assad told Putin on Monday in a congratulatory cable.

Russia has been a top ally of Syria for decades, operating a naval base out of the western port of Tartus.

In September 2015, Moscow began carrying out air strikes in support of Assad’s ground troops and has since helped him recapture swathes of territory from rebels and jihadists.

“The Russian Federation’s command stood against terrorism in word and indeed, and the Syrian army is grateful for your contribution to eliminating terrorist forces across most Syrian territory,” Assad said on Monday.

Putin visited Syria in December and announced a partial withdrawal of Russian troops from the war-torn country.

The newly re-elected leader on Monday said Russia would cut its military spending. 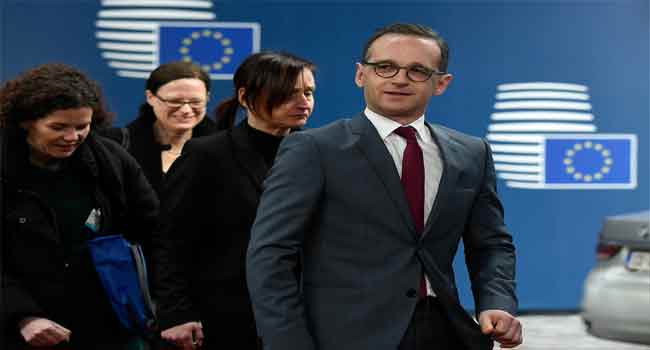 “The result of the election in Russia did not surprise us any more than the circumstances of this election,” Maas told reporters in Brussels before talks with his European Union counterparts.

“We certainly cannot talk in all respects about a fair political contest as we know it,” he said.

It was “unacceptable” that the Russian election also took place in Crimea, which Russia annexed from Ukraine four years ago in breach of international law, the minister said.

“In this respect, we assume that Russia will remain a difficult partner,” Maas added.

“But Russia is also needed when it comes to resolving the major international conflicts and that is why we want to remain in dialogue,” the minister said.

Russia is a key player in Ukraine, but also in the civil war in Syria and in the nuclear standoff on the Korean peninsula.

“We also expect Russia to make constructive contributions, more so than has been the case in the recent past,” he said.

Maas said the ministers will discuss the situation in the Ukraine where the EU accuses Moscow of supporting a rebellion in the east.

The foreign ministers’ meeting will focus on British allegations that Russia used a nerve agent to poison a former Russian spy in Britain, charges Moscow denies. 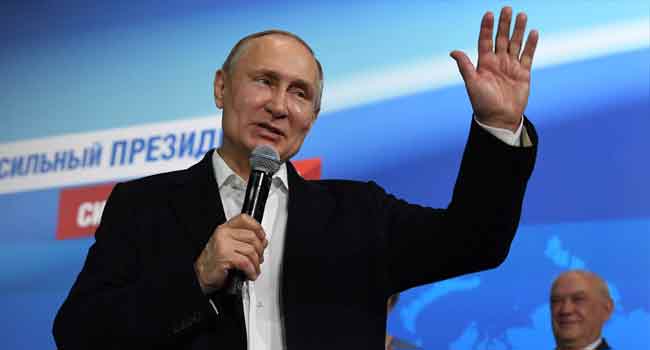 Vladimir Putin was Monday set for another six years in power after his landslide victory in Russia’s presidential election but so far only close allies have congratulated him on Moscow’s relations with the West disintegrate.

Putin, who has ruled Russia for almost two decades, recorded his best election performance with 76.67 percent of the vote but rejected the possibility of staying in power indefinitely.

The opposition said the results were rigged, reporting ballot stuffing and other cases of alleged fraud as the Kremlin pushed for a high turnout to give greater legitimacy to Putin’s historic fourth term.

Putin, who has extended his power until at least 2024 and is already Russia’s longest-serving leader since Stalin, ruled out remaining president for life.

“Listen to me. It seems to me that what you are saying is a bit funny,” he told reporters Sunday night when asked if he saw himself running for president again in 2030.

The Russian strongman ran against seven other candidates, but his most vocal critic Alexei Navalny was barred from the ballot for legal reasons and the final outcome was never in doubt.

“I see in this (result) the confidence and hope of our people,” Putin said in an address to a crowd of supporters on a square next to the Kremlin after exit polls put him on track for a resounding victory.

Turnout was at more than 67 percent as authorities used both the carrot and the stick to boost engagement in the polls.

Selfie competitions, giveaways, food festivals and children’s entertainers were laid on at polling stations in a bid to create a festive atmosphere around the election.

But employees of state and private companies reported coming under pressure to vote.

According to central election commission data with 99.8 percent of ballots counted, Putin took 76.67 percent of the vote, well ahead of his nearest competitor Communist Party candidate Pavel Grudinin, who was on 11.79 percent.

Navalny — who called on his supporters to boycott the “fake” vote and sent more than 33,000 observers across the country to see how official turnout figures differed from those of monitors — said there had been “unprecedented violations”.

But the electoral commission dismissed most concerns, saying monitors sometimes misinterpret what they see.

Runner-up Grudinin said the elections had been “dishonest.”

NSA whistleblower Edward Snowden, who has lived in Russia after leaking classified information about the US government’s surveillance programmes, tweeted a picture apparently showing ballot stuffing in a Russian school.

“The ballot stuffing seen today in Moscow and elsewhere in the Russian election is an effort to steal the influence of 140+ million people,” he said.

The election was held as Russia faces increasing isolation on the world stage over a spy poisoning in Britain and a fresh round of US sanctions just as it gears up for the football World Cup in the summer.

Among the few leaders to congratulate Putin so far was Chinese President Xi Jinping, who has just been handed a second term himself and has gained a path to indefinite rule after presidential term limits were lifted last week.

“China is willing to work with Russia to keep promoting China-Russia relations to a higher level, provide a driving force for respective national development in both countries, and promote regional and global peace and tranquillity,” Xi said.

In Latin America, the presidents of the leftist regimes in Venezuela and Bolivia both effusively congratulated Putin on his “overwhelming” victory.

Since first being elected president in 2000, Putin has stamped his total authority on the world’s biggest country, muzzling opposition, putting television under state control and reasserting Moscow’s standing abroad.

Putin’s previous Kremlin term was marked by a crackdown on the opposition after huge protests, the Ukraine conflict, military intervention in Syria and the introduction of Western sanctions that contributed to a fall in living standards.

In the run-up to the vote, a new crisis broke out with the West as Britain implicated Putin in the poisoning of former double agent Sergei Skripal with a Soviet-designed nerve agent.

In response, London expelled 23 Russian diplomats, prompting a tit-for-tat move by Moscow. Also this week, Washington hit Russia with sanctions for trying to influence the 2016 US election.

After his victory, Putin dismissed claims Russia was behind the poisoning in Britain as “drivel, rubbish, nonsense” but said Moscow was ready to cooperate with London in the probe.

The president has said he will use his fourth term to address a litany of domestic problems including widespread poverty and poor healthcare.