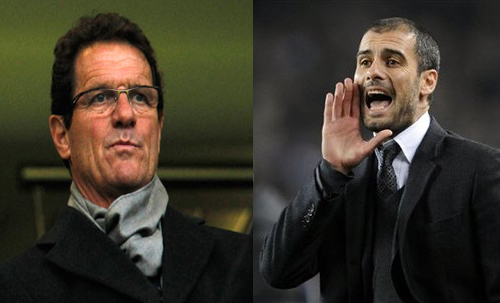 The Russian Football Union (RFU) revealed on Tuesday that the union is planning to discuss further with the contenders so as to determine who takes up the job as head coach of the National team.

Other top contenders for the position are Harry Redknapp who is the former boss of Tottenham Hotspur, former Liverpool boss, Rafael Benitez, Marcelo Bielsa and Marcelo Lippi.

Local media and football pundits tipped Capello and Guardiola who are the early front-runners as possible two contenders after the filtering must have been completed but also ruled the chances any Russian taking up the position as Valery Gazzayev, Anatoly Byshovets and Yuri Semin, who coached the national team in the past but were sacked or quit following a string of poor results were amongst the list as Russians.

Much against the will of the Russian Football Union the list of the candidates were released claiming it was due to intense media speculation about the job, which became vacant following Dutchman Dick Advocaat’s departure after Russia’s failure to get past the group phase at Euro 2012.

One name conspicuous by its absence was Manchester City’s Italian manager Roberto Mancini who agreed a new five-year contract with the English Premier League champions on Monday.