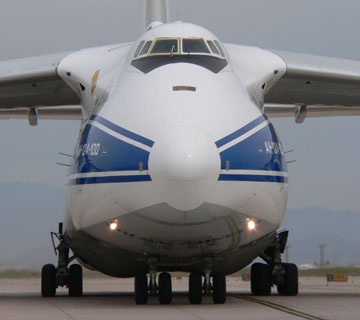 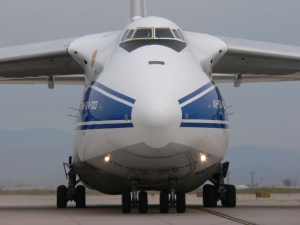 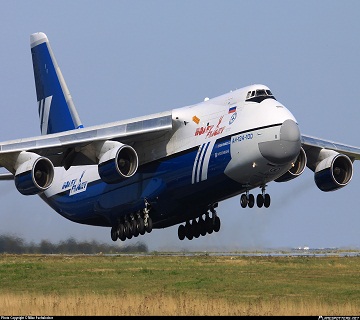 The French Embassy has claimed ownership of the Russian commercial plane carrying two light helicopters and some arms.

Though a close look at the Plane which was packed near the new International terminal of the airport has a Russian Flag design on it with inscription number 224, R-82038.

The plane was held down at the Mallam Aminu International Airport in Kano, while a group of northern consensus movement continue to stage protest around the airport over the identity of the plane.

The French Embassy says the cargo plane, an Antonov 124, had a regular flight plan from Bangui to N’djamena; the embassy also explained that the flight was covered by a diplomatic clearance given by the Ministry of Foreign Affairs of the Federal Republic of Nigeria.

The full details of what the plane was carrying was declared as two gazzelle helicopters with spare parts and maintenance items.

However, after the search of the cargo aircraft “Two invincible to Radar military aircraft, one bullet proof Ford and four containers filled with different caliber of rifles and bullets where discovered”.

Two French non-commissioned officers were also said to be on board as passengers to escort the equipment.

Sources at the airport told Channels Television that the Plane was under the escort of 18 persons comprises of two pilots and two foreign soldiers in military uniform.

“from the control tower, the pilot asked for clearance to land on emergency but on landing he was asked provide clearance for entering the Nigeria airspace, what he gave was actually uttered”