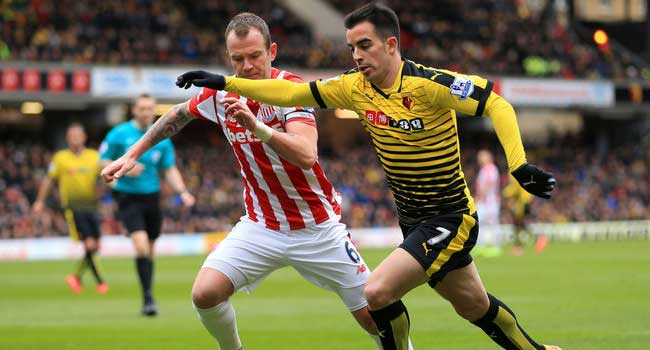 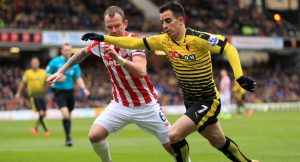 Stoke has ended a five-game winless run in the Premier League with a 2-0 win over Watford on Tuesday night.

Ryan Shawcross opened the scoring for the Potters with a smart left-footed half-volley from Charlie Adam’s corner seconds before half-time.

Peter Crouch prodded in a second after Watford defender Sebastian Prodl opted to leave a low Adam cross in the area.

Meanwhile, Arsenal made a dramatic comeback at Bournemouth, as they rescued a point in injury time having fallen 3-0 behind.

The hosts had stunned the Gunners early on and took the lead when Charlie Daniels cut inside Hector Bellerin and stroked a shot past on-rushing keeper Petr Cech.

Callum Wilson scored a penalty to extend the lead while Ryan Fraser subsequently netted a brilliant shot sent a shot.