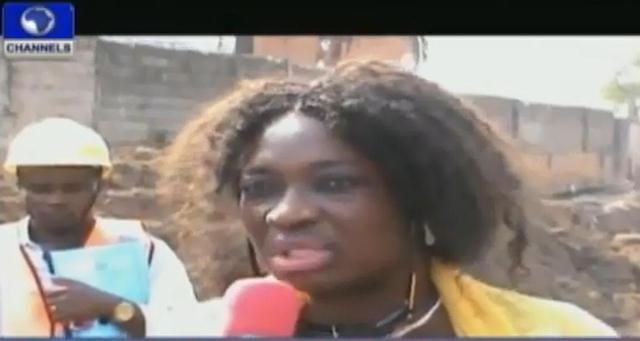 The Federal House Committee on Environment has called for the redesigning of the Sacamori drainage and also a review of the cost of the ongoing dredging project at Fegge Onitsha, Anambra State.

The Chairman of the committee and member representing Anaocha, Njikoka, and Dunukofia in the House of Representatives, Uche Ekwunife, made this request when the committee inspected the Sacamori project at Fegge Onitsha, accompanied by Anambra State Governor, Mr. Peter Obi.

The project was awarded in November 2011 at the contract sum of 1.2billion Naira and was expected have been completed by June 2013. Inspecting the project at Fegge Onitsha, what greeted the committee members was a drainage filled with all kinds of waste and refuse.

The Committee Chairman stated the terms of inspection and demanded answers to questions concerning the execution of the project.

The State Governor, who accompanied the committee members, explained the difficulties posed by the drainage and the various efforts from the state until the Federal Government intervened.

The drainage, which was filled with both solid and liquid waste had become a haven for pigs, and it was said that this was no fault of the contractors, as they were indeed working but the residents of the area were not helping matters.

The contractor also said that 80% of the project had been completed while only 65% costs had only been paid to him. He said that he had written to relevant authorities on the need for the scope of the project to be widened to ensure a total and permanent solution to the flooding menace.

Summarizing the committee’s findings, the Chairman stated that the entire essential components of the project that would really check flooding and erosion in the project area were not captured in the present contract. He made clear that except a second phase of the project was well designed and awarded soon enough to provide a permanent solution to the environmental challenge; the first effort of the project would soon be devastated by flood.

She said that the ecological fund has the responsibility to ensure that the project was comprehensively and effectively executed to serve the desired purpose.

Honourable Ekwunife disclosed to the contractor that he had outstanding payment of 202million Naira and urged him to work with speed while the second phase process undergoes consideration.