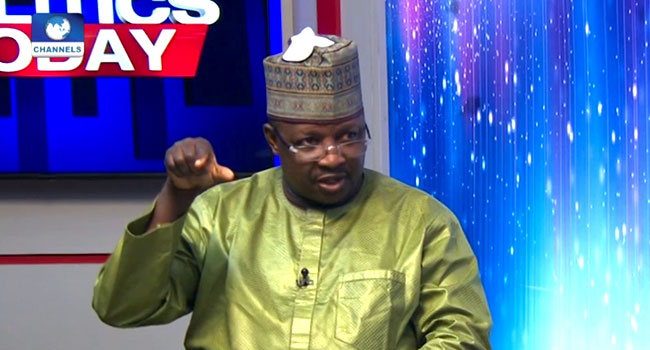 A retired military officer and security expert, Group Captain Sadeeq Shehu, on Wednesday said it is easy for intruders to breach security at the correctional centre in Abuja.

Following his visit to the Medium Security Custodial Centre in Kuje hours after it came under attack by terrorists, Shehu stated that his findings showed a poor security architecture of the facility.

“I took time to go to Kuje prison for the first time today and I was noting the terrain and the access to the prison,” he highlighted during his appearance on Channels Television’s Politics Today. “As soon as you come to Kuje – the main prison itself, what strikes you is a neglected derelict building.

“The main gate which you will enter is so crowded with trees and overgrown shrubs that you cannot see 10 metres ahead of you. My estimation is that if somebody with a bad plan wants to move on Kuje prison, nobody will know he is approaching until he is at the facility.”

While most people could have thought the day was over last night, it appeared to be the appropriate time for Boko Haram terrorists who invaded the correctional facility.

Apart from freeing hundreds of inmates said to be awaiting trial, according to authorities, the assailants left with all terrorists numbering 64 held at the centre for their roles in the insurgency in the North East.

Hours after the incident, President Muhammadu Buhari visited the scene where he expressed his disappointment with the intelligence at the facility.

Amid widespread criticism sparked by the incident, Shehu who is an adjunct professor at the European Institute of Security Studies believes the security at the facility is below standard.

“I am happy to hear that the President said that he was disappointed,” he said. “If the President had come the way I came; even the outer walls of the Kuje prison are too low for a prison perimeter wall. The barbed wire is against regulation; there are standards for how a security wall that is housing a prison should be.

“You should be talking about a wall that is 8 – 16 feet (outer) but by my estimation, what I saw was about 7ft maximum. You are supposed to put three layers of barbed wire on top (of the fence) and the idea is to at least delay an attacker.”

The security expert asserted, “An intruder can get into that prison easily. First, the place is clustered and overgrown with grasses which will even give any attacker a cover, especially in the night to move inwards until where the inmates are kept. The requirement is that there should be two fences in a normal prison.

“The outer may be opaque, but the inner wall should be like a fence. Between these two (fences), you are supposed to have a clear area so that when someone breaches the outer wall, there is time to engage him before he gets to the main building; that killing zone does not exist there.”

He also complained that there were lots of vehicles parked by the fence, stressing that they could also provide cover to intruders.

On the way forward, Shehu appealed to the relevant authorities to ensure modern security measures were put in place at the Kuje custodial centre and other correctional facilities across the country. 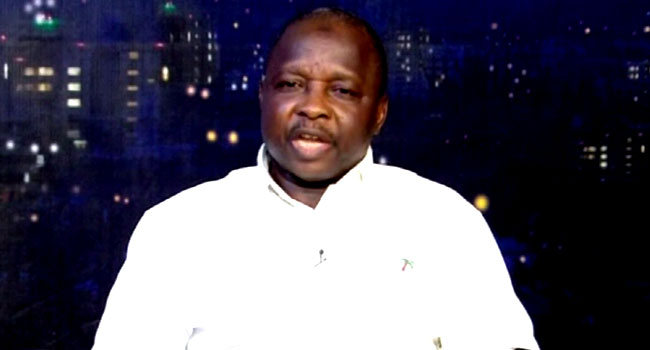 A retired senior officer of the Nigerian Air Force, Group Captain Sadeeq Shehu, has advised the Federal Government and authorities in Katsina on the rescue of the schoolboys who have been missing since two days ago.

He specifically warned against the use of force in the bid to rescue the boys and recommended negotiation as the first step to take.

Shehu, who is an adjunct professor at the George Marshall European Centre for Security Studies in Germany, made the remarks during his appearance on Channels Television’s Sunday Politics.

“As we are going into the rescue operation, I would like to sympathise with the people that are involved and also to commiserate with the security officers and at the same time, to sound a warning, in all honesty, I am not completely comfortable when I heard that there was an exchange of fire,” he said.

The security expert explained, “In a situation where you have children that are still with the hostages, and it is not even in a confined space … this is inside the forest, I think the idea of exchanging fire with people who are still holding our children should be properly thought about.

“There could be a lot of risks in that. When you have hostages with any criminal or any abductor, I think the first issue will be a negotiation.”

On Friday night, bandits invaded the Government Science Secondary School in Kankara, a Local Government Area in Katsina with hundreds of students missing in the process.

VIDEO: The Minister of Defence, Major General Bashir Magashi, says all the schoolboys will return home in the next few hours.

The incident sparked an outrage with calls from various individuals and groups on the government to step up efforts towards securing the people and their properties.

While the Katsina State Governor, Aminu Masari, confirmed that at least 333 students were missing, the Minister of Defence, Major General Bashir Magashi, said the boys would be rescued in some few hours.

More than five hours after the minister made the comments, the students have yet to return as of press time.

In further reaction to the abduction, Shehu who is also a former Deputy Head of Security at the African Union Commission in Addis Ababa, Ethiopia, decried the response time of the security forces to arrive at the school.

According to him, it took the security operatives about nine hours to respond as there was no response until the next morning.

The security expert insisted that engaging the bandits in a shootout was a wrong move to make, stressing that such a situation could expose the abducted students to danger.

“Again, it shows the training we lack in our security architecture. Every police department should have a negotiator because we cannot be firing into the bush when we don’t know where the children are.

“The issue is not throwing blames, but we have to accept that attacks on schools have become a function not only in Nigeria but in many other countries around the world,” he said.

Shehu added, “There are lessons to be learned from the government side, from the school authorities, you need to have the minimum security and safety standard.” 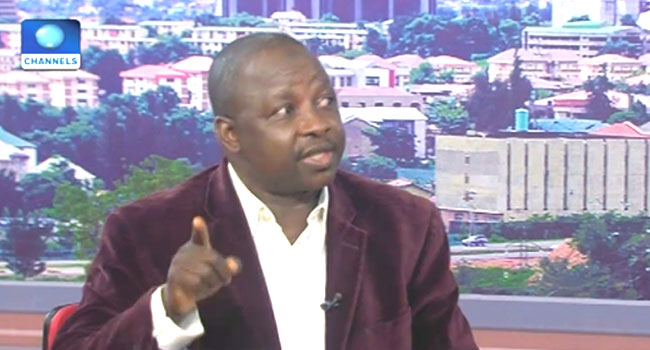 A defence expert, Group Captain Sadeeq Shehu (retired) has asked the Federal Government to partner other African countries in tackling maritime insecurity in the continent.

He made the call on Wednesday during an interview on Channels Television’s breakfast programme, Sunrise Daily, three days after President Muhammadu Buhari signed the African Continental Free Trade agreement (AfCFTA).

Shehu noted that since 90 percent of trade is done via maritime, the nation should tighten its security around its water to prevent terrorists from taking advantage of the situation.

“If you don’t have security in your ports, that is going to discourage trade. That will make the trade even more expensive because of the insurance in the maritime industry. If you are saying you are going to the Gulf of Guinea, your premium is going to be higher.

“They believe that there is a higher probability that either piracy or contamination of containers is higher in those areas. So African countries, particularly Nigeria have to work on transport security, transport on roads. 90 percent (of these goods) go by maritime. Of course, there are goods that go by road,” he said.

Speaking on the AfCFTA, Shehu believes that the move would boost continental trade among African countries and beyond and also turn around the economic fortunes of countries.

“The African Continental Free Trade Agreement is a Lexus between global or continental trade, human insecurity and also climate change,” he said.

The agreement which has now been signed by 54 of 55 countries is expected to be officially launched later today in what the AU commission Chairman Moussa Faki has said would be a “historic” moment.

It has a goal of creating a single market – the African Continental Free Trade Area, followed by free movement and a single-currency union.

The free-trade area is the largest in the world in terms of participating countries since the formation of the World Trade Organisation.

Member states are required to remove tariffs from 90% of goods, allowing free access to commodities, goods, and services across the continent. 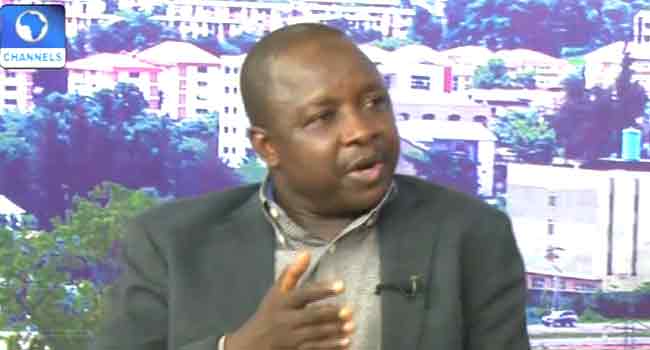 A security expert, Group Captain Sadeeq Shehu (Retired), has cautioned religious leaders against making inciting comments on the killings in parts of the country.

He sounded this warning on Wednesday during an appearance on Sunrise Daily, a breakfast show aired on Channels Television.

“To religious leaders whom people look up to, mind what you say in public concerning this crisis,” he said.

During the attack, 86 people were reportedly killed, six people were injured while at least 50 houses, two vehicles and 15 motorcycles were burnt.

Despite the attacks, the security expert believes that inciting comments from political, community and religious leaders could heat up the polity.

He added, “In all honesty, I find it completely irresponsible to say that the government is implicit or that the military is implicit in the killings.

“Moreover, when these claims are made, urgent credible proofs are not adduced. If you are looking for a solution, it is not just to come on the radio or television without providing concrete proof.”

On the way forward in resolving the rift between farmers and herdsmen, Shehu is optimistic that the availability of ranches would be a way out.

This is even as he claimed that the current administration inherited the idea of ranching colony from former President Goodluck Jonathan’s government.