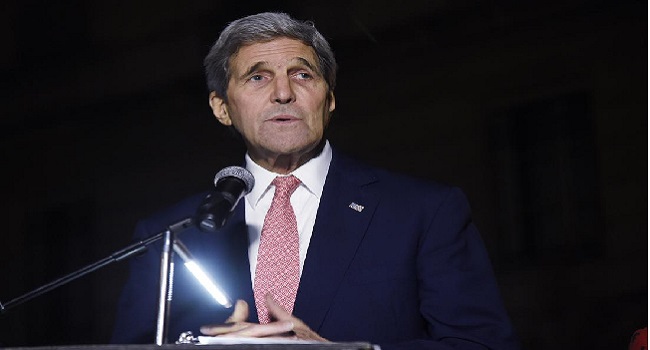 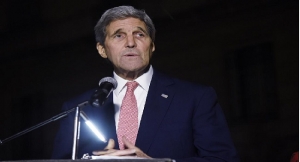 US Secretary of State, John Kerry, has described Islamic State (ISIS) militants as ‘Psychopathic Monsters’ in the wake of Friday’s deadly attacks in Paris.

Mr Kerry, who was in Paris for talks with President Hollande, said the US stood “shoulder to shoulder” with France as a demonstration of US support for their key ally.

Mr Hollande said that France was committed to destroying ISIS.

ISIS had said it carried out the attacks on bars, restaurants, a concert hall and a stadium in which 129 people died.

A huge manhunt is still underway for a suspected member of the group, Salah Abdeslam, who was believed to have fled across the border to his native, Belgium.

Meanwhile, Belgium’s government had raised its terror threat level, causing Tuesday’s football match between the national team and Spain to be cancelled.

In the wake of the attacks, the two countries had tightened their military co-operation, boosting the exchange of intelligence to help french air strikes against ISIS.

Early on Tuesday, Army General Staff said that French warplanes carried out fresh strikes against the ISIS stronghold of Raqqa in northern Syria, destroying a command centre and training centre.

Meanwhile, France had mobilised 115,000 security personnel over the whole of its territory to insure the protection of citizens and forestall further attacks.