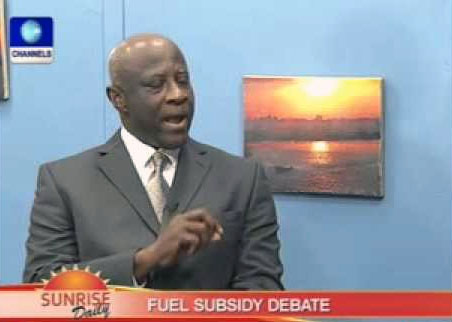 Former Minister of Interior, Captain Emmanuel Iheanacho has been handed over to the State Security Service on charges of oil theft.

Captain Iheanacho was arrested in Lagos on Friday by security operatives attached to the Nigerian Maritime Administration and Safety Agency with some top officials of his company, Integrated Oil and Gas limited.

The company is alleged to be involvement in illegal oil dealings.

Mr. Patrick Akpobolokemi, the Director General of the Nigerian Maritime Administration and Safety Agency (NIMASA) spoke to newsmen in Lagos that the search for the sponsors of these pirates has led to the tracing of the stolen products to integrated oil and gas tank farm.

The D.G. said that the premises of integrated oil and gas limited had to be sealed off pending investigation.

The DG NIMASA said further that NIMASA will now go the full length of uncovering the ring of oil thieves as it has come to realise that behind the nefarious activity, notable people in the country serve as kingpins to these oil thieves who facilitate piracy and the agency will join hands with other security operatives to fight the people behind the sale, purchase and storage of the stolen products.