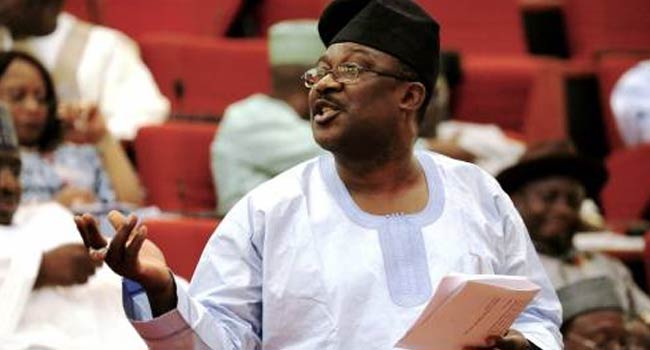 Adeyemi is replacing Senator Dino Melaye of the Peoples Democratic Party (PDP) who lost the rerun in the Kogi West senatorial district election.

The swearing-in was done by the Clerk of the Senate, Nelson Ayewoh, at the start of plenary.

READ ALSO: May Nigeria Never Have The Kind Of Dino As A Senator – Adeyemi

Adeyemi is returning to the Senate about five years after he lost the seat to  Melaye at the 2015 election.

This was after he emerged victorious at the bye-election conducted last week in the district by the Independent National Electoral Commission (INEC).

Returning Officer of the election, Professor Olajide Lawal, announced that Adeyemi polled a total of 88,373 votes to beat Melaye who scored 62,133 votes.