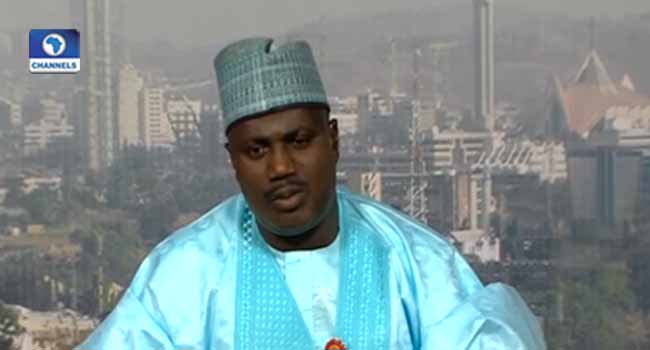 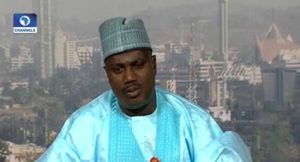 The Chairman Senate Committee on Media and Public Affairs, Senator Aliyu Sabi Abdullahi, has condemned the three months’ ultimatum given to Igbos to leave the North.

“We have to understand that we are in a constitutional democracy and everything must be done within the confines of the rule of law,” he said.

According to the lawmaker, even though democracy has given everybody the freedom to certain rights, it also comes with some responsibility.

He said, “Yes, democracy has given everybody the freedom of speech, the freedom of association and the freedom to do certain things but it also comes with some responsibility and I think it is from this perspective that we must begin to look at this issues.

“First, it is a condemnable act and I think I heard the Governor of Borno State saying none of them is a councilor, now what this also means is that we have to begin to act within the context of democracy.”

Senator Abdullahi, while condemning the northern groups behind the threat, called for unity among Nigerians, stressing that the nation was at a critical stage.

“I think you can agree with me that at this critical stage in our nation’s history, that (the threat) is not what we need and I want to submit that those people who spoke in Kaduna were speaking for themselves.

“I am a northerner and I don’t think my constituents have even spoken on that issue. We are very accommodating and we have all manners of Nigerians living in the various domains that we represent.”

He also warned people against abusing privileges, saying, “I think it is time for us to say for every privilege there is some responsibility and you must be responsible for reactions.”

The Senate has commended the Nigerian National Petroleum Corporation (NNPC) for responding to the motion moved during a plenary session by the Chairman, Committee on Petroleum Downstream Sector, Senator Kabiru Marafa, on the theft of petroleum products kept in the farm tanks of two oil companies and urged the corporation to take more radical measures to avoid a recurrence.

In a statement by its spokesman, Senator Aliyu Sabi Abdullahi, the legislative chamber advised that the NNPC should go beyond the sacking and redeployment of a few officials and rather, initiate a comprehensive restructuring of its operations which presently allow officials and other firms to appropriate national resources for their personal use, thereby contributing to the suffering of the people.

“The Senate is appalled that NNPC is not contemplating on doing something about the involvement of officials of the Petroleum Products Marketing Company (PPMC) which actually played key roles in the missing products case.

“It is instructive that NNPC did not do anything on the case until the matter was raised on the floor of the Senate and the press picked the matter up from the motion. The unauthorised sale of 132 million litres of fuel kept in the storage tanks of MRS and Capital Oil designated as strategic reserves is a grave occurrence. This probably is not the first time it is happening and NNPC must review its operations. It should in fact carry out a shake up in the PPMC”, Abdullahi stated.

Following the Senate’s debate of the motion on the theft of the fuel, the NNPC sacked two senior officials and redeployed a few others. Its spokesman, Ndu Ughamadu said the sack and deployment were in line with the on-going reforms the corporation initiated to cleanse it of corruption.

While Capital Oil insisted that NNPC owed it on past business transactions, the corporation vowed to recover the products, investigate the breach and set up new modalities to guide its engagements of throughput partners.