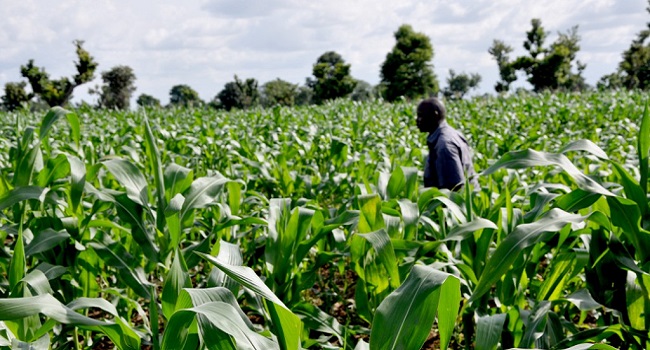 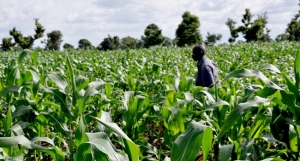 The project is part of the corporate social responsibility of the the Nigerian Agip Oil Company (NAOC) in partnership with Oando, Eni and Nigerian National Petroleum Corporation.

It was the 20th Farmers’ Day Celebration in Yenagoa, the capital of Bayelsa State and many farmers that have benefited from the Green River Project gathered to show their appreciation for the support they had received from the project coordinators.

It is an initiative that supports farmers from the different host communities of NAOC by providing them with improved agricultural products and soft loans to advance their agro-businesses.

At the venue of the celebration, it was a gathering of farmers and lovers of agro-business as the Nigerian Agip Oil Company and its partners inspect the different farm produce displayed by the farmers in order to get a scorecard of their investments in the agricultural sector of their host communities drawn for Delta, Imo, Rivers and Bayelsa State.

The theme ‘Sustainable Farming for Sustainability’ is quite apt, as the farmers who are grateful beneficiaries of the benevolence of NAOC under their Green River Project have gotten, improved seeds, plantain suckers, tractors, hoes and even money to ensure that they succeed in their individual businesses.

The Vice Chairman and Managing Director of the NAOC Green River Project (GRP), Massimo Insulla, while cheering on the beneficiaries of the project who have in the past year improved on the quality of their produce announced the preparedness of the company to still invest more in the agricultural sector of their host states.

“As we take stock today of the achievements of this initiative and its contribution to the empowerment of benefiting farmers and their families, we are encouraged to invest more and more in the states. In other to make the benchmark of many of such initiatives, this year, we have increased the area of coverage of the Green River Project by creating a new plant propagation centre in Kwale, Delta State.

“We have begun rehabilitation of an existing complex of about eight hectares in Bayelsa State,” he told the gathering.

The District General Manager of the Green River Project, Marco Rotondi, said that the company’s intervention was focused on women, the youths, children who are still in secondary school by teaching them the importance of farming and to encourage the farmers to form cooperatives societies in order to benefit from the loan issued by the NAOC.

He also listed other services offered by the NAOC Green River Project to advance agriculture in the Niger Delta.

“We are very proud of the following services that our project offers. First is the provision of improved seeds and agricultural and agro-allied materials, agricultural extension services and skill acquisitions programme and micro-credit scheme aimed at delivering entrepreneurial training”.

The Honourable Minister of State for Agriculture and Rural Development, Senator Heineken Lokpobiri, who represented President Muhammadu Buhari, commended the NAOC for the initiative.

He said that the project was worth emulating.

In his speech, he told the gathering that the Federal Government was repositioning the Bank of Agriculture and had also created the Nigeria Incentive-Based Risk Sharing System for agricultural lending to enable farmers access more affordable credit facilities.

“It must be noted that despite the huge oil and gas deposit, the Niger Delta region is blessed with one of the world’s largest wetlands with arable lands for agriculture and has the capacity to become a domestic and international provider of agricultural produce,” Senator Lokpobiri stated.

He also appealed to Niger Delta residents to embrace peace and focus on agriculture for sustainable economic development and wealth creation.

Aside the speeches of commendation the dignitaries visited the farmers village which was constructed by the farmers to display their wares and one after the other the farmers expressed their gratitude to the NAOC while explaining how the Green River Project had impacted their lives. 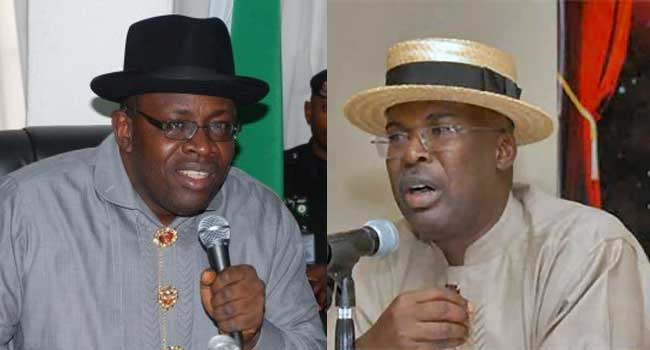 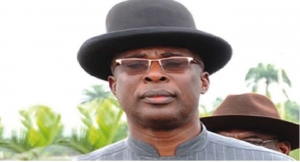 The governorship candidate of the All Progressives Congress (APC) in Bayelsa State, Mr Timipre Sylva, has discredited the allegations of electoral irregularities made against him by Bayelsa State Governor.

The PDP candidate, Governor Seriake Dickson, had alleged the involvement of national institutions such as the Police, Department of State Service and Independent National Electoral Commission (INEC) in partisan politics.

While addressing a world press conference at the Government House Banquet Hall in Yenagoa, he also alleged that known perpetrators of violence were not being called for questioning by the security agencies.

Mr Sylva refuted the claims that these institutions were working to ensure the electoral victory of his party the APC.

The All Progressives Congress (APC) candidate added that every talk of the use of federal might was the figment of the imagination of the Peoples Democratic Party (PDP).

Also in his reaction, the Minister of State for Agriculture, Senator Heineken Lokpobiri, who was also indicted in the press briefing by Governor Dickson, said that the only violence recorded in the December 5 and 6 elections in Ekeremor Local Government Area was the violence meted out against him.

The trade of words between the two politicians is coming after INEC fixed January 9, 2016 for the supplementary election in Bayelsa State. 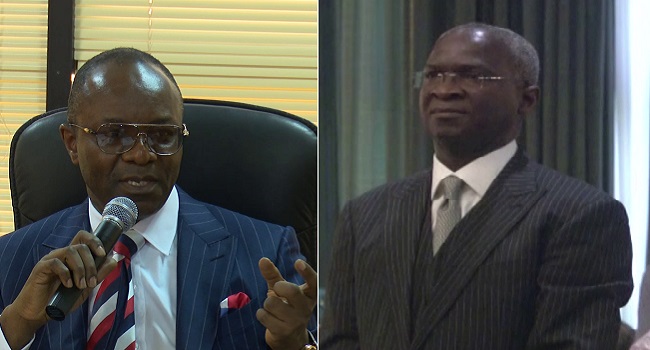 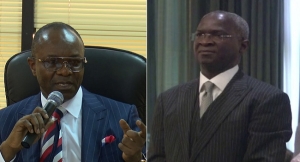 Hours after the swearing in ceremony, some Nigerian Ministers resumed at their various ministries and addressed officials of the Ministries.

Addressing reporters in his office on Wednesday, hours after their swearing in ceremony, Mr Ogbeh said the Ministry would continue along the lines of successes achieved by the immediate past administration.

He, however, said that the ministry would extend its services to farmers across the country ,while improving on some of the shortcomings of the past administration.

He also stated that the Ministry would place emphasis on export, while improving the food self-sufficiency of the country.

He added that, the Ministry would also lay emphasis on the involvement of youths in farming.

Ibe Kachikwu, who visited the Ministry of Petroleum Resources, met with the Permanent Secretary and other managers in the ministry.

Addressing them, Kachikwu said efforts would be made to ensure that the working environment and perception of the ministry was changed.

“The working environment and perception of this ministry must change and we are working on that in NNPC as well.

“Leadership must come from the ministry. We have dwindling resources and we must see how to cut costs and improve on earnings,” he said.

On resumption of duty at the Ministry of Power, Mr Fashola went into a close-door session with the Ministry’s Permanent Secretary, Mr Louis Edozien and Directors on the way forward in tackling the enormous task ahead.

The Minister said that his thoughts were on how to bring together processes and activities of all the Ministries now put under his supervision for effective service delivery.

He assured the Ministry’s leadership of his willingness to learn from them as they were career people who have been on the job for a long time.

“We are here to work with you, in solving problems on ground as quickly as possible, we want to know if some of those problems are man-made or systemic.

“We want information on what has been done, what remained to be done, and what are the future plans, we want to continue from there,” Mr Fashola said.

The Minister said he was also interested in how best to harness the available human resource and physical asset in the ministry, as all these information would assist the ministry in commencing work immediately.

“We need to do more so as to regain lost time. He told his audience that Nigerians are anxiously waiting for result, which in this case is improved power supply nation-wide.

Also speaking, the Honourable Minister of State, Power, Works and Housing, Mr Mustapha Baba Shehuri said that as a matter of urgency, he wanted a detailed Ministerial Briefing Document to serve as a guide. “This will ensure proper take off,” he said.

The Director, Human Resources, Mrs Grace Papka, gave copies of the requested documents and a time-table for proposed briefings by Departments and Agencies in the power sector to the two Ministers.