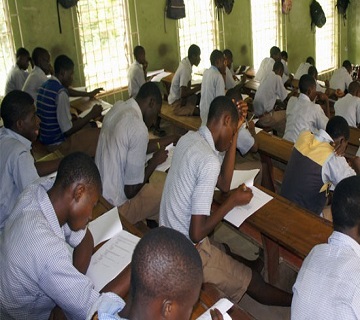 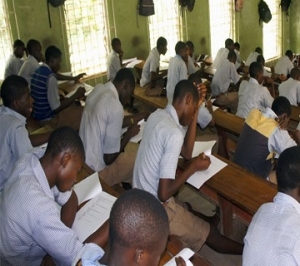 Announcing the release of the results in Lagos today, the Chief Executive and Head of National office of the Council, Mr Charles Eguridu said only 31.28% ‎of over 1.7 million candidates that sat for the examination had credits in 5 subjects including maths and English compared to the 36.57% in 2013 and 38.81% in 2012.

He attributed the decline to the diminishing interest of students in their academic ‎activities and studies.

The Council also announced ‎the introduction of the Candidates Identity Verification, Attendance, Malpractice and Post- Examinations Management System, to enable supervisors and staff of the council to address and record the processes in real time and WAEC Customised Calculators to check exam malpractices.

Candidates who sat the May/June 2014 exams will be able to check details of their performance on the council’s result website www.waecdirect.org by the August 13.

Results of 145,795 candidates are withheld because of examination malpractice and the cases are currently being investigated.

For the first time in six years, a remarkable improvement has been recorded in the results of the Senior School Certificate Examinations (SSCE) released by the National Examinations Council (NECO).

The results as released by the NECO’s Registrar, Professor Promise Okpala, revealed that over 50 per cent of the over 1 million candidates that sat for the core subjects of English language, mathematics, economics and biology got credit passes and above.

This is against the persistent and dismal 20 per cent recorded in the last five years.

According to Professor Okpala, there was a marked improvement in other core subjects of Chemistry, Physics, Government and Commerce as over 45 per cent of the candidates scored credit passes and above as against 15 per cent last year.

However, a massive failure was recorded in most Nigerian languages as only about 10 per cent scored credit passes and above in the minority languages of Edo, Ibibio and Efik.

Professor Okpala further revealed that the council has banned 13 schools across Imo, Anambra, Kano, Cross-rivers, Nassarawa, Rivers and Benue states for a period of two years for their involvement in mass examinations malpractice.